Today, it’s insanely easy to own stocks from around the world, which comprise about half of the equities available to purchase. 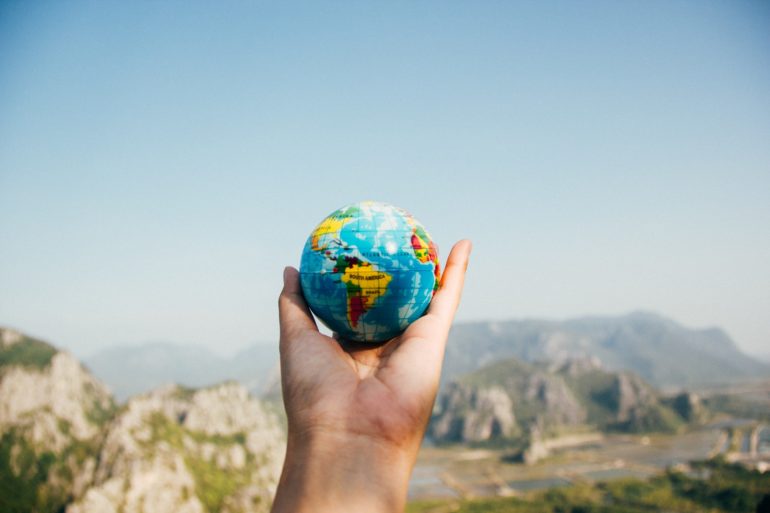 It’s a well-worn theme by now: Markets keep going up, despite a constant barrage of worrisome developments from Washington, D.C. I’ve gotten plenty of questions recently from people who are understandably concerned about protecting their money when the inevitable downturn finally happens.

As I write this, major U.S. stock indexes are plummeting. Naturally, the financial TV channels have latched on to this development, as it’s a change of pace from the uninterrupted market rally that took flight in April 2016. In fact, the recent strong rally is just an extension of a broader market uptrend that began nearly nine years ago, on March 6, 2009.

In the United States, we are bombarded with tick-by-tick updates of three indexes: The Dow Jones Industrials, the Standard & Poor’s 500 and the Nasdaq Composite. Those three indexes hold the same types of securities: Large domestic stocks.

Unfortunately for investors, the financial media — which should, in theory, know better — harp on the performance of large U.S. stocks, to the exclusion of other global asset classes. When was the last time you saw an update on stocks from Hong Kong, Argentina, Nigeria or Turkey?

All of those indexes outperformed the Dow Jones Industrials in 2017, but we don’t hear much about that. That’s unfortunate, because the myopic focus leads to a sense that U.S. indexes constitute the only definition of “the market.” That couldn’t be further from the truth.

Throughout the world, investors have what’s called “home country bias.” That means they overload portfolios with stocks from their own countries. That’s not unreasonable, given what we are familiar with. Driving around Santa Fe, we see retailers like Whole Foods (owned by Amazon), Smith’s (owned by Kroger), Walgreens, CVS, Target, Wal-Mart, Home Depot and Lowe’s. We see publicly traded restaurant chains like Buffalo Wild Wings, McDonald’s, Panera and Starbucks. Perhaps you are reading this on a computer with an operating system made by Apple or Microsoft.

Some of you may recall much-quoted advice from former Fidelity fund manager Peter Lynch, who in 1989 said, “Buy what you know.” Unfortunately, investment advice is not timeless. The world is dramatically different today. In 1989, we did not have exchange-traded funds or the choices in index funds that give U.S. investors easy access to global stocks and bonds. Back then, it was very difficult to own stocks of non-U.S. companies.

Today, it’s insanely easy to own stocks from around the world, which comprise about half of the equities available to purchase.

You may be wondering why I’m talking about global stocks, while you’re worried about an implosion in U.S. markets. Perhaps you believe stashing your money under the mattress (or in the brokerage equivalent, a money market fund) is the best course of action as you await a bear market in U.S. stocks.

The reason it’s prudent to invest globally is quite simple: Stocks from different countries tend to behave differently. For example, in 2017, Hong Kong led the way among developed markets. The Hang Seng Index returned 35.59 percent for the year. Emerging markets — those countries with less sophisticated or well-regulated financial markets and banking systems — had a banner year. The Morgan Stanley Capital International Emerging Markets index notched a gain of 37.28 percent last year, topping the 28.11 percent total return of the Dow Jones Industrial Average.

I’m not suggesting that you swap out all your U.S. stocks for emerging-market stocks in 2018. That would be foolish. But I am saying you can smooth returns and reduce risk by investing in a globally diversified portfolio.

I realize the market meltdown of 2008 is still fresh on investors’ minds. Retirees are concerned about preserving capital, and not losing hard-earned savings. However, the stories I hear about the portfolio damage from 2008 are truly sad, and for reasons beyond the sharp market declines. Many individual investors, as well as so-called advisers, panicked and sold everything.

Parking assets in cash to wait out the downturn may sound wise on the surface, but how does it really work, in practice? First, you’ve locked in losses when you sell as markets decline. That means it’s much more difficult to make up the difference when you finally decide it’s time to get back in. Second, how and when do you make that decision to start investing again? What would constitute the “all clear” signal? (Hint: There is no such signal. Ever.)

It’s easy to tell yourself that you’ll make a rational decision about your investments, but your view of markets and economies are muddled by your political opinions, the media you consume, your life experiences, previous investment experiences and many other factors. I know of way too many people who exited markets in 2008 or 2009 and missed much of the recent uptrend because they couldn’t believe conditions were right to get back in.

Fortunately, investors in 2018 have advantages our parents and grandparents never had. We can choose from a world of investments, some of which zig while U.S. markets zag. As plenty of Nobel-prize winning science has shown, it’s a far superior way to smooth your returns over time than attempting to time the market based on today’s action in U.S. stocks.