Why the Best Investors Can Manage Their Emotions

After a market downturn, calm investors are set to benefit from the rebound. 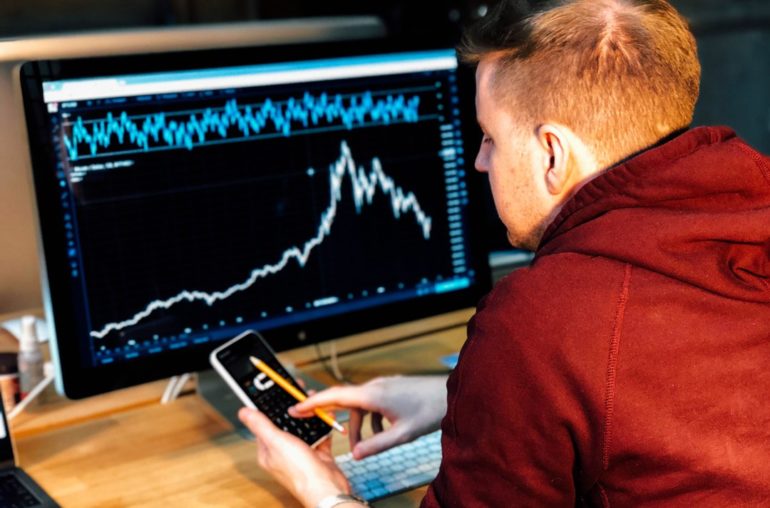 A promise of spring is renewal and rebirth. In climates that experience a long, cold winter, the warmer temperatures and budding flowers represent signs of hope. The saying “April showers bring May flowers” is another phrase that describes the promise of spring. These sentiments also apply to investing. It may be constructive to view “winter” as a market downturn (although in human emotions, this is accompanied by fear and panic, which is usually not elicited by a normal winter). Spring could be the gradual (and as history shows, inevitable) rebound to a bull market.

The S&P 500 index is in striking distance of its all-time high of 2,940, which it reached in late September just before it rolled over into a three-month correction. That fourth-quarter downtrend erased the index’s gains for the entire year of 2018. Then came renewal, in the form of a fresh uptrend that began with only three trading days left in the year. No, the nascent market rally did not correspond precisely with the change in seasons, but the metaphor still applies. The rally that began in late December is part of a much longer bull market that got under way in March 2009. Since then, the S&P 500 has risen 327%. The aging bull may be getting somewhat long in the tooth. It’s certainly due for a major correction at some point, but no one – including prognosticators in the “guru” class – knows when.

Protect Yourself When the Market Changes

There are ways to protect yourself in a market correction so you enjoy the all-but-certain turnaround that eventually sends stocks higher. But the steps to shore up your portfolio are not necessarily what you might think. It’s not easy to sit through a severe downturn and stick to your pre-determined strategy; you may feel an impulse to do something – anything – to stem the bleeding.

For starters, broad asset-class diversification is important. This may be disappointing to hear, as it flies in the face of the “take action” impulse. Diversification into different asset classes can potentially smooth your return. For example, if big American stocks fall, emerging market stocks and short-term bonds may rise. The goal is for the various investments within your portfolio to move in different directions. Too often, Americans hold mostly large-company domestic stocks in their portfolios, with just a smattering of other asset classes. This adds risk specific to one asset class. Contrary to popular belief, investing is an exercise in managing your emotions, not an exercise in logic.

Because the 2008 market debacle is still fresh in many investors’ minds, any whiff of a downturn may incite panic these days. That’s completely understandable, as there are horror stories of Americans whose retirement savings were nearly wiped out. It’s not popular to express this, but those major portfolio declines could have, in most cases, been mitigated by a sound investment philosophy.

That’s where the metaphor about change in seasons becomes relevant. Even after sharp declines, markets have historically come back – and then some. It’s not easy to sit through a steep market decline, but so far in history, sunnier days have been in the forecast.

The ones who were hurt most in the 2008 meltdown were those who either panicked and sold out their own investments, or had an advisor who panicked on their behalf. Particularly in the case of so-called advisors who panic, there is absolutely no need for that in this era of readily available data showing that selling in a downturn typically locks in losses that are difficult to make up.

It’s more understandable than an unadvised do-it-your selfer might hit the “sell” button out of fear, but that also is likely to result in a worse outcome. The concept of selling as a downturn begins, and then getting back into the market when things turn higher, is often cited. However, that’s not as dependable as it sounds. It requires being right that the market is continuing to turn lower when you sell, and being right that the market is back in rally mode when you buy again.

Broad diversification is not nearly as glamorous or exciting as trying to bet on the market’s direction. But if you remain broadly invested at all times, using a diverse group of global assets and rebalancing or re-allocating as needed, you will find that spring does indeed follow the dark winter of a market decline. Just as animals hibernate in winter, markets eventually emerge from the doldrums and reward those who have been patient.