All Articles/Financial Planning/Who Says Bigger Is Always Better? The Case For Small-Cap Stocks

Who Says Bigger Is Always Better? The Case For Small-Cap Stocks

Portion sizes. Houses. Cars. Supermarkets. It’s all bigger in the U.S., and people seem to like it that way. However, that “bigger is better” mentality doesn’t always work out well. That’s especially true for your investments. Studies have shown that small-cap stocks, despite periods of underperformance, have outperformed large-capitalization stocks over the long-term. Small caps… 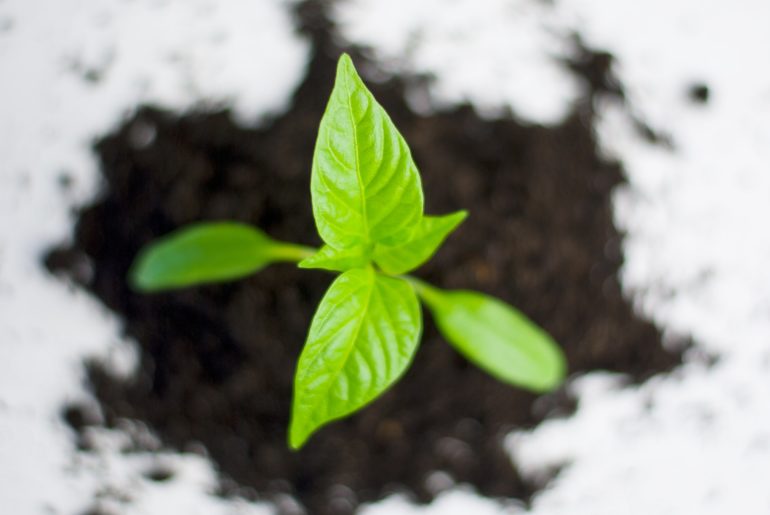 Portion sizes. Houses. Cars. Supermarkets. It’s all bigger in the U.S., and people seem to like it that way.

However, that “bigger is better” mentality doesn’t always work out well. That’s especially true for your investments.

Studies have shown that small-cap stocks, despite periods of underperformance, have outperformed large-capitalization stocks over the long-term.

Small caps are typically considered to be those with a market capitalization between $300 million and $2 billion.

Large and mega cap stocks like Apple (AAPL), Exxon Mobil (XOM), and Disney (DIS) may gobble up all the headlines, but ignoring their smaller, lesser known relatives could be hazardous to your portfolio’s long-term health.

Data from acclaimed financial researchers Eugene Fama and Ken French show that size is an important factor in explaining stock returns. In their groundbreaking research paper “The Cross-Section of Expected Stock Returns,” Fama and French found that companies that had a smaller size (as measured by share price times shares outstanding) had higher average monthly returns than larger companies.

The time frame for Fama and French’s study was July 1963 to December 1990. But what happens if we look at a wider time frame? Data provided by Dimensional Fund Advisors shows small caps outperforming other asset classes going all the way back to 1926. 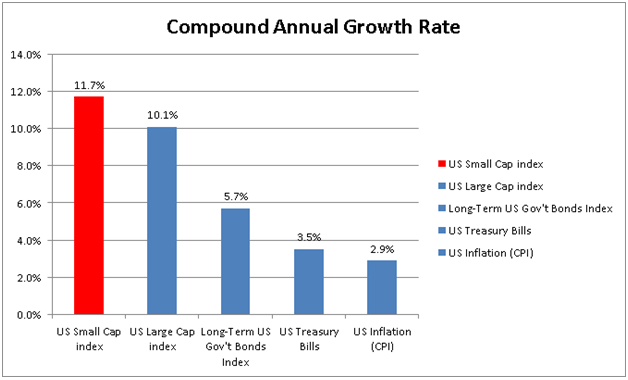 Although the 1.6% annual premium small caps provide over large caps may not sound significant, over time this compounds with dramatic results. The below chart shows the growth of $1 over the same time period.

A PICTURE OF GROWTH 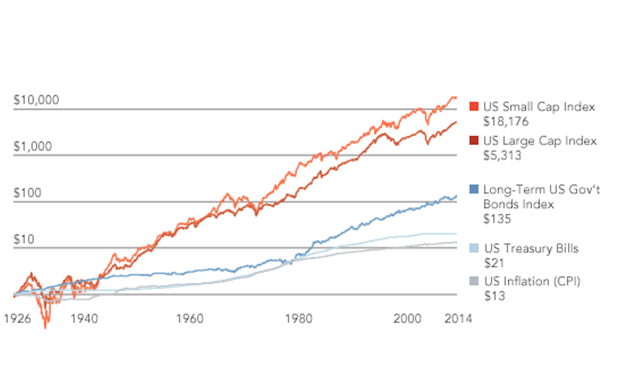 From 1926 to 2014, there was a clear advantage to owning smaller stocks: The compound annual growth rate of return was 11.7% for the US Small Cap Index, 10.1% for the US Large Cap Index, 5.7% for the Long-Term US Government Bonds Index, 3.5% for US Treasury Bills, and 2.9% for US Inflation (CPI).
That 1.6% annual premium compounded to give small caps more than three times the wealth created than large caps. Not every year saw small caps beat the other asset classes, but the long-term trend is clear.

What about outside the United States? Does the small cap effect still hold up?

Yep. We can see consistent outperformance (with a few speed bumps along the way) from small caps. The below chart shows the small cap premium over rolling five-year periods.

Additionally, looking at MSCI Index data finds that the longer an investor is in small caps, the greater the chance of outperforming. As the below chart and table indicate, the likelihood of small-cap outperformance increased as the time frame increased. On a one-year rolling basis, small caps outperformed 67% of the time. This rate increased significantly to 96% of the time when the time frame is expanded to a five-year rolling basis.

In other words, small-cap allocations make sense for the long term even when the short-term picture is less rosy. 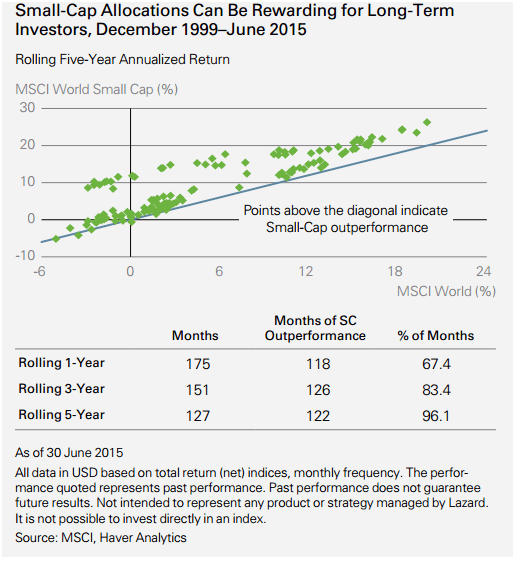 WHAT DOES IT ALL MEAN?

Data supports the conclusion that, over the long term, small cap stocks outperform large cap stocks. Properly allocating your resources to small caps, and sticking to a plan despite market fluctuations may not be exciting. But research shows that an investor can take advantage of this knowledge to position herself to earn higher returns on her investments.

Our partners at Dimensional Fund Advisors are pioneers in small-cap index investing. David Booth, DFA’s founder, started the company by pitching small caps to clients. Today, DFA offers a number of small cap funds. DFA also looks for other characteristics, such as higher profitability and lower relative prices, to invest in stocks that offer an opportunity to capture higher returns over extended periods of time.