All Articles/On Your Own/What Do Chinese Stocks and Skyscrapers Have in Common?

What Do Chinese Stocks and Skyscrapers Have in Common?

Portfolio variance is going to be there, like it or not. It’s simply the gauge of how the returns of your portfolio fluctuate. 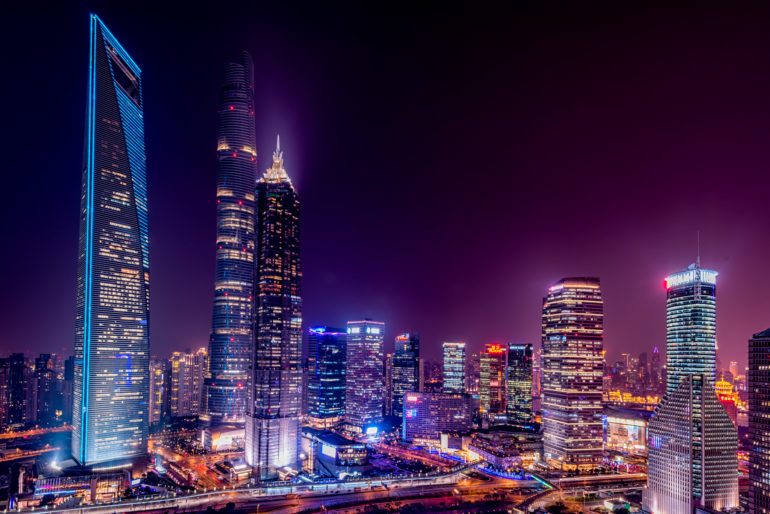 American investors are typically attuned to any kind of slowdown in China. Kudos to those who predicted April’s industrial production data would come in below forecasts.

Chinese stocks have struggled — to put it mildly — for the past year. Sure, there were some rally attempts along the way, with the most recent ending in mid-April. Even after three weeks of downside trade, two of which occurred in heavier-than-normal volume, Bank of America Merrill Lynch issued a somewhat upbeat report about the Chinese economy, saying the recovery still had some room to run.

The Merrill Lynch analyst did, however, predict that “growth activity indicators will likely appear less inspiring in April … This is partly due to a high base from 12 months ago, especially in industrial production and property sales. However, in our view, it is too early to expect an imminent sharp downturn in growth. With a gradual translation of the credit impulse into domestic demand, growth will likely hold up relatively well in 2Q and 3Q.”

OK. I get her point. Expecting strong growth numbers to continue — in any area of forecasting — is a fool’s game. What goes up, including economic growth, must come down. That doesn’t necessarily mean a crash.

But you know what? A balanced portfolio should be constructed to withstand the normal vicissitudes of markets and economies. I heard a great metaphor for this recently: Skyscrapers are built with some variance to accommodate for the wind. When’s the last time a strong wind knocked down a skyscraper in any major city? It doesn’t happen, but it almost did, to the Citi building.

You know I’m going somewhere with this parallel between skyscrapers and Chinese stocks.  Overall, portfolio variance is just going to be there, like it or not. It’s simply the gauge of how the returns of your portfolio — which consists of several securities (ideally) — fluctuate.

In recent years, China hasn’t given investors much to be happy about, that much is true. The MSCI China Index, which tracks large- and mid-cap Chinese stocks available to international investors, is down 1.25% on a five-year basis, as of April 29. That doesn’t sound so bad, in light of its disastrous one-year decline of more than 30%.

It’s understandable that people would want to bail out, but that raises some important questions. How do you know you haven’t bailed out at the bottom? When do you get back in? How much concentrated exposure to China should you have in your portfolio, anyway?

As of April 29, the MSCI China Index was up 8.88% since its 2002 inception. That’s OK, although I can’t imagine that anybody actually captured that entire gain, especially because the iShares MSCI China ETF (MCHI), which tracks the index, didn’t launch until 2011.

But perspective is crucial when it comes to China or any other nation. At its peak in mid-2015, the total Chinese stock market was valued at $10.05 trillion, according to Bloomberg data.

That was a huge leap, and it gave up quite a bit of ground in the past year. At 3% of total world market capitalization, China is still dwarfed by the U.S., which accounts for 52% of the world’s equity value. It’s also smaller than the U.K. and Japan, and roughly the same size as Canada, Germany, France and Switzerland.

There’s no question that with a huge economy and gross domestic product, China is a significant player in the world economy, so we can’t just dismiss it because of a small stock market.

The question for all investors is understanding where, and how, China — or any other country — fits into one’s asset-allocation strategy.

Emerging markets, in particular, can show big fluctuations in their market prices during the course of a year. Investors tend to think of volatility as a negative, but it also brings positive returns. The trick is taking it in stride. Fortunately, that’s where asset allocation comes into play.

In fact, when emerging markets have good years, they tend to beat large-cap U.S. indexes. It’s the down years that get the attention, though — and predicting when, and how much, is nigh impossible.

In other words, great opportunity and great risk go hand-in-hand. That’s ultimately the lesson of China and any other emerging-market investment. Maintaining these investments within a broader, fully diversified portfolio is a way to mitigate the risk, while still capturing the upside.