Soft drink makers’ stocks are consolidating with the market, but several are holding up nicely at key moving averages. While the general market is not exactly issuing buy signals, these remain viable watch list names. 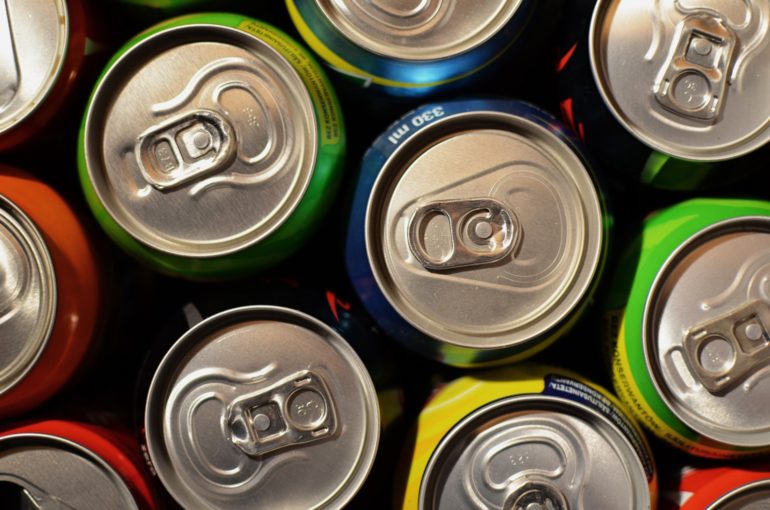 When Monster Beverage (MNST) joined the S&P 500 last month, it was placed into the Consumer Staples sector. It’s arguable whether energy drinks and sodas might be better categorized as Consumer Discretionary products. However, Coca-Cola (KO), PepsiCo (PEP), and Dr Pepper Snapple Group (DPS) are also categorized as staples, so there is some precedence.

However you choose to view them, stocks from the non-alcoholic beverages sub-sector have been holding up fairly well recently (perhaps the argument that they are best classified as staples—products that people won’t give up even if the economy weakens again).

Frequently, it’s the smaller companies within an industry subset that show price leadership. Newly public companies—those that made their debut within the past ten or 12 years—are also among sector leaders much of the time.

Dr Pepper Snapple, which went public in 2008, rallied to a new high last week. It has retreated along with the market, but not disastrously. It was trading at around $43.16 mid-session Tuesday, above its 50-day average.

If it continues consolidating near that key price line, it could offer a good set-up for a new technical entry point. On the other hand, if it slices that line and forms a steeper sell-off, it may mean waiting longer before the next opportunity presents itself.

The company reports its second quarter Thursday, with analysts eyeing income of 82 cents a share on revenue of $1.63 billion. Those would be year-over-year increases.

Monster, which has sold off 7.1% so far this month, got a bounce Monday, getting support above its 200-day line. It continued holding above that line on Tuesday, even as the stock retreated along with the major indices.

This is a company that’s often considered to be a takeover target—but that’s not a good reason to purchase a stock. Acquisition rumors often fail to pan out, or can take years longer than anticipated.

But Monster offers plenty of reasons to track the stock, with or without buyout speculation. Revenue has grown at rates of 24% or higher in the past five quarters. Earnings grew at rates of 22% or higher during that time. The number of US-based mutual funds and hedge funds owning shares has been growing, thanks in part to the stock’s addition to the benchmark index.

Right now, it’s still in a precarious zone where I’m cautious about new longs. Furthermore, the stock is trading below its short-term moving averages, which are heading lower. That’s not a situation that bodes well for making a buy.

If the stock continues rallying, watch for the moving averages to rise, of course. But for a potentially constructive technical signal, watch for the five-day line to cross above the 15-day. In a stock like Monster with strong earnings performance, as well as a history of increasing institutional ownership, that’s often a productive place to make a buy.

Latin American beverage companies have held up fairly well, particularly when viewed on a weekly chart. Coca-Cola Femsa (KOF), a Mexico-based bottler that sells into various Latin American markets, was trading just below its ten-week line on Tuesday, about 13% below its July 5 high of $136.84.

So far in July, the stock is down about 8.8%. It was due for a correction, having posted gains every month since October. Obviously, no stock goes up forever, but thus far Femsa’s pullback has been fairly orderly.

The company reported its second quarter after the close on Tuesday. It was expected to deliver income of $1.17 a share on sales of $2.74 billion.

Finally, I’m not generally a fan of more speculative stocks trading below $5—it’s too easy for investors and swing traders to get shaken out of thinly traded names. However, when I ran some scans, it was impossible to ignore the run-up in Reed’s (REED), maker of sodas, energy drinks, and even ice cream.

This is a very small company, with a market cap just below $43 million. The stock trades about 105,000 shares a day. That’s better liquidity than you’ll find in many nano-caps, but still puts it in the thinly traded column.

The stock rallied to a three-year high of $4.48 on June 6. Since then, it has pulled back to form a cup-and-handle pattern, holding well above its 50-day moving average. As of Tuesday, it was trading higher, even amid the market carnage, and was holding near $3.98, above its five-day exponential moving average.

The stock is in a buy zone currently, but use caution as the major indices remain under selling pressure. In addition, this is not an institutional quality stock, as only a handful of US-based hedge funds and mutual funds hold shares. If one holder bails out, that has huge potential to send the stock plummeting.

At the time of publication, we did not own positions in any of the stocks mentioned in this column.