Turn Off the Brexit News and Continue Investing Globally

The financial-media headline writers want you to know: Brexit is a scary, scary thing that could cause instant and irreversible damage. But there’s a problem: The headline writers don’t understand international investing. Before we examine whether or not the headline writers are correct about Brexit, let’s pause and examine the world’s developed equity markets for a moment…. 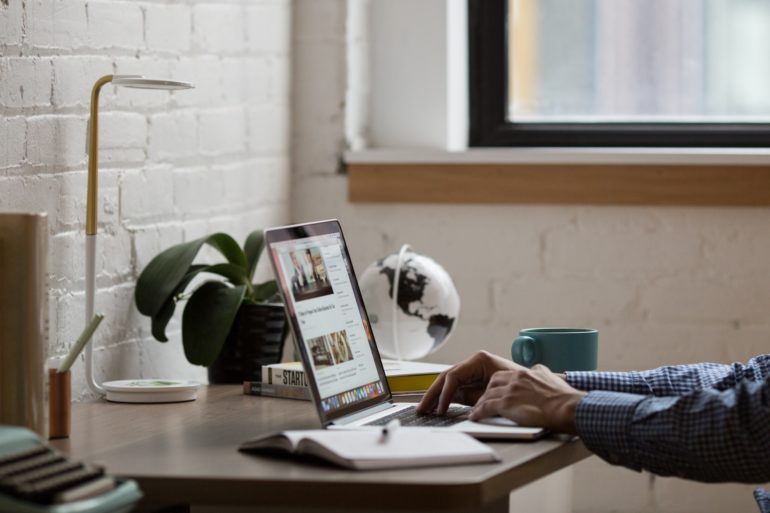 The financial-media headline writers want you to know: Brexit is a scary, scary thing that could cause instant and irreversible damage.

Before we examine whether or not the headline writers are correct about Brexit, let’s pause and examine the world’s developed equity markets for a moment.

So far in 2016, equity markets are experiencing what’s known, in technical terms, as “the blahs.”

That decline, while still small, is enough to scare off some investors. Combine that with the hysteria over Brexit, the U.K.’s potential exit from the European Union, and investors are getting antsy about their positions not only in international stocks, but in U.S. equities, as well.

What’s a person to do?

First, remember that headlines are essentially clickbait and eyeball-bait (is that a thing?). The media’s job is not to educate you, as quaint and comforting a thought as that may seem. No, their job is to generate page views, which, in turn, sell ads. A scary headline about the devastating consequences of Brexit will draw more interest than a headline reminding readers that a diversified portfolio of inexpensive, no-load funds will, over time, most likely outperform random trading.

It’s true that stocks of non-U.S. developed and emerging markets have yielded disappointing returns relative to the U.S. recently.

However, there are a couple things investors should remember:

Let’s dig into the science behind this investing methodology.

The global equity market is large and represents a world of investment opportunities beyond the shores of the U.S. It’s a mistake to ignore that, particularly because we are fortunate enough to live in a time when it’s just as easy to purchase international stocks as it is domestic stocks.

Non-U.S. stocks, including developed and emerging markets, account for 48% of world market capitalization and more than 10,000 companies in over 40 countries. Sure, you can focus your portfolio exclusively on the U.S., which is what most Americans do – but you’d be missing out on half the world’s opportunity.

The folly of avoiding international stocks was made clear by investment performance during the 10 years between 2000 and 2009. During this period, sometimes dubbed the “lost decade,” the S&P 500 recorded its worst ever 10-year performance with a total return of −9.1%.

However, when you look beyond U.S. large cap stocks, conditions were more accommodating for global equity investors, as most non-U.S. equity classes  generated positive during that same decade.

You can take this analysis even further: Expanding beyond this period and looking at performance for each of the 11 decades from 1900 through 2010, the U.S. market outperformed the world market in five of those decades and underperformed in the other six.

This underscores the reason for pursuing the equity premium with a global allocation: By holding a globally diversified portfolio, investors are positioned to capture returns wherever they occur – whether in the U.S. or overseas.

Are there reliable ways to predict which countries will outperform others in advance?  The illustration below shows the randomness of returns throughout the world’s developed equity markets. It’s tough (impossible, actually), to discern any real pattern of returns. 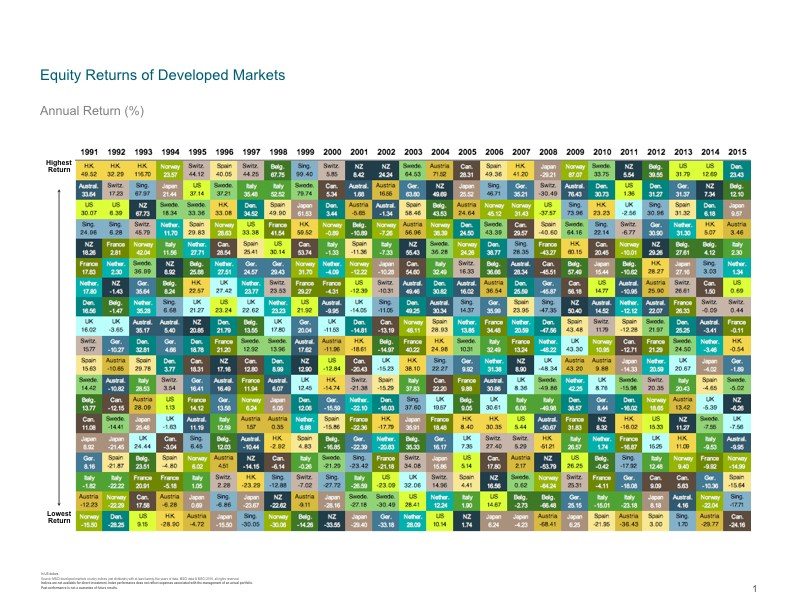 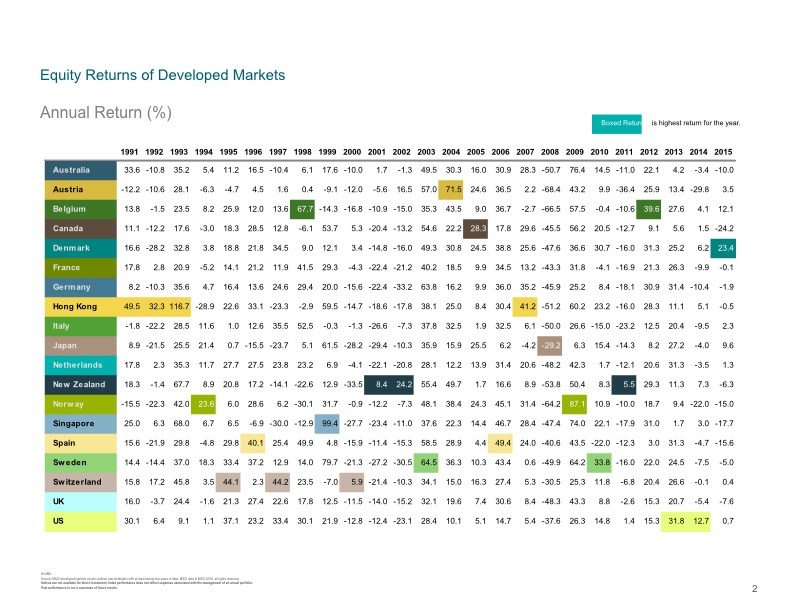 Over the last 20 calendar years, the U.S. has been the best performing country twice, and the worst performing once.

Diversification implies an investor’s portfolio is unlikely to be the best or worst performing in any given time frame. However, diversification provides the means to achieve a more consistent outcome and helps reduce and manage catastrophic losses that can happen with over-concentration in a small number of stocks or a single nation – including the U.S.

Over the long haul, investors can benefit from consistent exposure in their portfolios to both domestic and foreign stocks. While both offer the potential to earn positive expected returns over time, they may perform quite differently over shorter market cycles. While the performance of different countries and asset classes will certainly vary at times, there is no reliable evidence that performance can be predicted in advance.

So …. How does this apply to the Brexit debate raging in the media? It’s impossible to predict how any particular country or region will perform at any given time, despite what the pundits and headline writers predict.