The ABCs Of Using Your Retirement Account For Charitable Giving 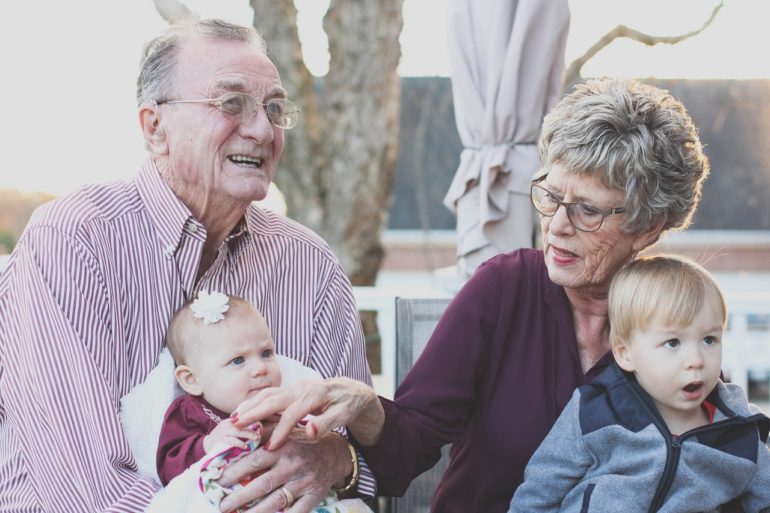 One of our firm’s clients is a husband and wife named Bonnie and Clyde. Really, those are their actual names.

Bonnie and Clyde – or B&C, for short –  are very generous people and recently came into the office to discuss charitable giving.  Part of that conversation revolved around a strategy for the couple’s Required Minimum Distributions, their RMDs, from their qualified retirement accounts.

As it happens, there are ways to use what’s called a Qualified Charitable Deduction (QCD) to lower Adjusted Gross Income (AGI). Kim Laughton, President of Schwab Charitable, says that retirees over the age of 70-and-a-half who “don’t need that distribution, if they have means outside of their IRA to be funding their life and don’t want to take the distribution and be taxed on it … have the option of donating up to $100,000 of that distribution to a charity.”

The rules regarding an RMD out of an Individual Retirement Account (IRA) were established in 1974 with the enactment of the Employee Retirement Income Security Act (ERISA).  ERISA defined penalty-free distributions as going into effect the year a taxpayer reached age 70-and-a-half.  The specific rules regarding penalty-free distributions and RMDs have been tweaked in a number of tax bills since then.  And, the IRS rule that allows a taxpayer to use his or her IRA to make a QCD dates back to 2006 when it was included as a temporary provision that kept getting extended.  The QCD became a permanent part of the tax code in 2015.

The owners of IRAs who reach the age when they are required to take mandatory distributions can now give the money to a charity. That means those RMDs would be excluded from the taxpayer’s adjusted gross income.

So, that’s a brief history of the QCD and the RMD.  Now, let’s talk about the opportunity for seniors who, like B&C, have eleemosynary intent.  B&C are in their mid-70s.  They are both retired professionals.  Each receives Social Security, so they are automatically eligible for Medicare, which they opt into.

Both have IRA Rollovers from previous employers and Clyde has a pension from former employer’s Profit Sharing Plan.  Their taxable investment portfolio produces both interest and dividend income for them.

Using a formula provided by the IRS, and assuming no other variables, B&C’s 2017 income tax bill would come to $51,695.81 based on their combined AGI of $231,468.97.  The reality is that B&C would likely be able to mitigate some of that tax burden, but we’ll use this number just for illustrative purposes.

Also, there are a couple of other issues that B&C will face based on that AGI.

Now in fairness, B&C can lower their AGI if they make a charitable contribution with after-tax dollars.  They could, for example, write a check to a charity or donate appreciated assets from their taxable investment portfolio to a qualified 501(c)3 organization.

According to Laughton, “Donating publicly traded stock, real estate and other appreciated assets that have been held a year or more is the most tax effective way to give.  In addition to allowing donors to take a current year tax deduction, they can generally avoid paying capital gains tax on the sale of the asset.  This can allow them to give up to 20% more to their favorite charities and pay less in taxes.”

Doing this is beneficial to the couple in another important way.  By lowering their AGI they now avoid the income surcharge on their Medicare Parts B & D premiums.  And, this saves them more than $2,000 annually.

Unfortunately, their income is still so high that 85% of their Social Security benefits are still taxed at their marginal rate.  Using the formula in the image above of Schedule Y-1 from IRS Publication 505 we see that B&C’s tax bill decreases from $51,695.81 to just $28,489.00.  And, again, there would likely be ways for them to lower their tax bill further, but our focus here is to specifically point out the benefit of using their RMD as a QCD to lower their AGI…which is meaningful.  But, the process has to be handled with careful planning.  IRS rules apply.

The first rule, as Kim Laughton noted above, is that the amount of the QCD is limited to $100,000 in a given year.  And, the RMD must go directly from their IRAs’ custodian to the charity for it to qualify.  B&C cannot take the distribution in cash and then write a check.  If they do, then they will be taxed on the distribution and will still be subject to the Medicare premium surcharges.  And, a portion of their Social Security benefits will still be taxed.

The RMD must go to a qualified 501(c)3 organization.  Funds can’t be transferred to a Donor Advised Fund or a Supporting Org at a local Community Foundation or broker-sponsored charitable gift fund.

When B&C use their RMDs as QCDs they can’t then claim the amount as a charitable donation as one of their itemized deductions.  And, importantly, they will need to get the process started well in advance of year end.  In general, you want to have enough time to allow your IRA custodian to make the transfer and confirm its receipt by the charity before December 31st.  So, depending on how much experience a custodian has with the process, investors are encouraged to get the process started as early as late in the calendar third quarter, just to be safe.

“For 2017, it’s really important to be thinking about what might happen to taxes in 2018 and beyond to develop a tax strategy.  It’s, I think, highly unlikely at this point that any new tax reform initiatives would be effective before 2018, so 2107 could be one of the last years to realize the full value of the charitable deduction that people have been realizing with the higher tax rates associated that we currently have,” says Schwab’s Kim Laughton.

So, like B&C, right now may be a good time for you to start thinking about using your RMD as a QCD to lower your AGI in 2017. And don’t forget to follow the rules to the letter!