Why Stock Picking Really Is So Difficult

The idea that one lone stock picking genius (or team of geniuses) can consistently pick a handful of stocks out of a larger universe and have those few stocks routinely outperform that universe is still widely popular, even though it has been proven not to be the case over and over again. 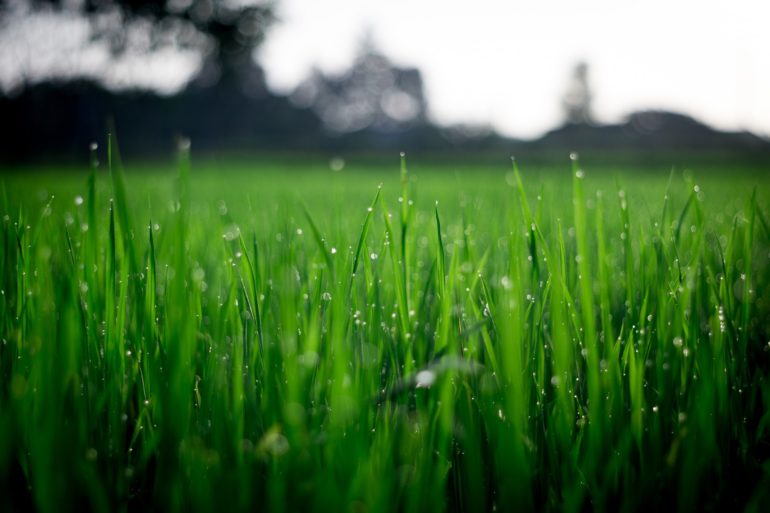 I have a peculiar neighbor. His name is Ed. He does odd things that sometimes defy explanation.

Each weekend before he mows his lawn, Ed will get down on his hands and knees, and with one of those little red laser pointers that people typically use to drive their cats crazy, but which are really intended to highlight important information on a PowerPoint presentation projected onto a screen, he will focus the beam of light onto the tallest blades of grass that tower above the rest of the turf. Then, with a GPS app on his smart phone, he’ll mark the exact spot where the overzealous sprout has sprung. He catalogs each finding every week.

“They are never the same,” he gloats with the kind of enthusiasm you hear when rocket scientists at Jet Propulsion Labs successfully land scientific probes on distant planets or comets.

When I asked Ed what he intended to do with the data he told me that he was in the process of building a predictive model. Like I said, he’s peculiar.

What has this got to do with stock picking?

For years the rocket scientists on Wall Street have used quantitative analysis to build models that help them identify undervalued stocks. They then systematically take those undervalued stocks and assemble them together into investment portfolios designed to beat the market. In general, they have yet to be successful in that endeavor. Nevertheless, over the last couple of months, these same rocket scientists have been opining about how current conditions make right now, “a stock picker’s market.” They point to a couple of catalysts.

The first is that financial markets (and the components within them) have ceased to be correlated to one another. For example, the 500 stocks that make up the S&P 500 are moving less in unison now than they usually do. And, the pundits on Wall Street tell us that this has created opportunities galore to exploit pricing mismatches between its various components. They point to the same non-correlation in other asset classes, which they boast has spawned lots of other nifty arbitrage opportunities among and between various markets.

The second catalyst they highlight is the volatility of the volatility index at a time when it has remained at historically low levels. We’re told that this has created lots of opportunities for good stock pickers to take advantage of intermittent downdrafts in an otherwise upwardly biased market. In other words, these little swings have created great entry points for market timing.

Consumers of all this wonderful Wall Street punditry would necessarily be led to believe that the average active portfolio manager – the folks that manage mutual funds, pension funds, and endowments – must be setting the record books on fire! They must be blazing through the returns of the passive indices, from the Russell 1000 to the S&P 500. But, oddly, they aren’t.

According to S&P Dow Jones Indices, LLC, the vast majority of active portfolio managers (more than 90%, in fact) can’t match the indices that represent the benchmarks their funds are intended to be judged against. That failure runs the gamut from small-cap managers to mid-cap managers to large-cap managers. In its year-end 2016 U.S. SPIVA Scorecard, S&P Dow Jones Indices points out that over the last 15 years, a period that the report calls a “complete market cycle”, each index has resoundingly outperformed nearly all of the active managers tasked with trying to beat its respective index. That doesn’t say too much for the value of all that quantitative analysis or the predictive models that it is intended to inform.

Yet, the idea that one lone stock picking genius (or team of geniuses) can consistently pick a handful of stocks out of a larger universe and have those few stocks routinely outperform that universe is still widely popular. That is so even though it has been proven not to be the case over and over again.

In my investment advisory practice we educate our clients about the logic behind the efficient market hypothesis. In short, the theory says that together all the participants in a given market, making investment decisions every second of every trading day have collectively every bit of information available to accurately set prices at any given point in time. That this is repeated about a billion times a day makes the random occurrence of one of those market participants being better informed than everyone else not just unlikely, but virtually impossible. The notion that someone could do this over and over again regularly year after year is similarly impossible.

Our perspective is that investors are better served when their portfolios are constructed with very low cost passive investment vehicles (such as index funds) than they would be by paying more for an active manager who attempts to outperform an index. In reality, that outperformance never comes.

We believe that portfolios should be tailored to address an individual’s unique risk tolerances and structured to address his or her long-term objectives. A portfolio that achieves these two purposes is considerably more suitable than one that is built in an attempt to beat the market.

Look, Ed may be able to someday predict which blade of grass will emerge as the tallest in his lawn. But, the odds of that are about as remote as a group of blindfolded chimps tossing darts at the financial pages in an attempt to build a portfolio that will outperform the S&P 500 for the next 20 years. And, that outcome is equally as remote for the rocket scientists on Wall Street.