In this article, we weigh in with Think Advisor on best practices for serving female clients and their families. 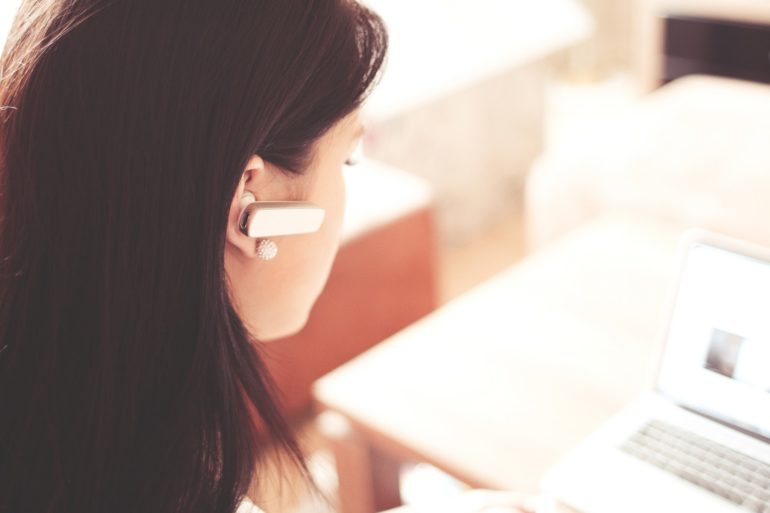 Career women – single or married – are some of the most important clients for today’s advisors to find and retain. After all, women control a majority of the nation’s personal wealth, they live longer and they have greater and more unique needs when it comes to retirement and legacy planning.

As women emerge as more of an economic force and become the financial decision-makers, we’re seeing the mass affluent woman as a more prominent client than a few decades ago.

Many advisors, however, are having a tough time retaining their female clients – particularly after death or divorce. Most women outlive their husbands, and while only 1 percent of women believe they’ll get divorced in retirement, the reality is closer to 20 percent. Among widows and divorcees, nearly 70 percent end up leaving their advisors.

In the first part of this series, we discussed marketing to mass affluent women – the ideal marketing tactics and communication strategies, as well as the qualities women search for in an advisors.

In this second installment, we’ll talk retention: Once you’ve gained these clients’ business, how can you solidify those relationships and build trust? And just as importantly, how can you serve their needs and help them meet their retirement goals – even when their partners have different priorities?

A focus on education

If recent data are any indication, women by and large feel disconnected from the financial services industry. Providers are dropping the ball when it comes to client education: According to a survey by Tiller, LLC and WorthFM, 63 percent of women believe investing is confusing, 75 percent say it’s tough to stay on top of their financial options, and nearly half say they’re not knowledgeable on investing.

What’s more, 84 percent of women were, are or expect to the sole manager of their finances, yet nine out of 10 often feel “sold to,” rather than educated, by financial services companies. Only 10 percent believe Wall Street pays equal attention to men and women, and 71 percent believe Wall Street is not in touch with their financial needs or concerns.

For advisors open to change, the situation presents an opportunity to differentiate, add value and provide a much-needed service.

“When I talk with a woman, the majority of what I do is education,” says Stryde Savings senior consultant, Meladee Rudolph. “I probably spend a good four hours educating a client before we talk numbers.”

What exactly should you discuss?

“I talk about the history of money, what the different financial tools are, why they came into being and how they’ve been used,” says Rudolph. “After that, we can talk more specifically about products and how those products meet their objectives.”

People will only act when they have a “why,” after all, and it’s only natural that a client who doesn’t understand the purpose behind a financial tool will be reluctant to use it.

“Most of the time I explain this stuff, clients end up saying it makes so much sense, and they ask me why nobody has told them before,” says Rudolph. Whether a client has managed her money for years or has been thrust into new territory following a death or divorce, it can help to take a step back and put things in context.

Differing prioritiesAnother critical consideration for advisors serving women is that these clients’ priorities often differ from their male counterparts’ – even their husbands’. “If you’re sitting down with a couple for the first time, it’s a big mistake to assume there’s one shared money goal, even if the male is the head of the household” says Ellen Pierce, managing director of UBS Wealth Management.

How might goals differ between husband and wife? We recount one possibility.

We were talking to a couple in which the woman was the breadwinner. She was asking planning questions: When can she retire, how can she replace her income and how long will her money last? Her husband asks, ‘Should we buy gold?’ They were coming from two different planets.

Not every couple will exhibit such extremes, but the example shows how different women’s priorities may be from their partners’, and why advisors shouldn’t take their goals for granted.

“Those goals affect the plan, and if a woman is looking for a new advisor, she’s probably already looking for a second opinion,” Pierce reminds.

Women are much more concerned about longevity, outliving their money and not being a burden on their children. Both men and women are likely to live past 80 once they hit 65, but more often than not, the woman outlives her spouse, pays for long-term care and does what she can to make every dollar count.

Generalities aside, nothing beats clear and honest conversation; taking the time to learn clients’ needs will lead to greater retention.

“Some women just don’t want to stick with a male advisor, but most of the time, the real issue is the advisor doesn’t understand her goals, her values and doesn’t take the time to get to know her,” says Pierce.

Sound investment strategies are largely the same for men and women, although most women’s plans will have to be considered over longer time frames, and perhaps adjusted more often.

Even so, do men and women have differing investment preferences that, if ignored, might cause a female client to take her business elsewhere?

“These are gross generalities, but women are going to tend to be a little more conservative, especially if they’re investing on their own versus with a partner,” says Pierce. “An index fund, for instance – I shouldn’t say it’s safe, but it’s more conservative than buying 1,000 shares of Apple stock before the Apple watch comes out.”

Among couples, women’s risk preferences may also be overshadowed by their partners’. According to a UBS Investor Watch Survey, 57 percent of couples in male-led households have differing risk tolerances, and 70 percent of those couples use the man’s tolerance in their plans. These can be tough situations to navigate tactfully, but they are opportunities to create solutions that can better suit each spouse.

Overall, however, the issue isn’t as much whichinvestments to suggest, but more howto communicate their value. With longer retirements to fund, women may actually need higher equity allocations, but it requires trust to take on more risk.

“Don’t put pressure on the client,” says James Pollard, marketing consultant with TheAdvisorCoach.com. “Frame riskier investments as something you can offer, once you’ve already established the relationship.”

Rudolph agrees. “I educate them, I don’t schmooze them. I tell them what the options are and explain which ones are riskier than the others.”

Likewise, the why behind an investment is usually more important than the what. If a solutions-based approach brought a woman to your doors – which it likely did – a similar approach will keep her around. “Differentiate yourself based on the solutions you offer,” says Pierce. “Each solution has to be customized to the client and what they’re trying to achieve.”

To that end, it’s essential to keep open channels of communication. “The biggest reason women leave their advisors, by and large, is a lack of communication,” Pierce adds. Regular phone calls, email check-ins and newsletters are a must – particularly with clients who have expressed a desire for frequent contact and are feeling uneasy about their portfolios and investments.