Now that downside volatility has subsided, many market commentators are touting the benefits of one asset class or another. Gold, of course, is a perennially popular recommendation. 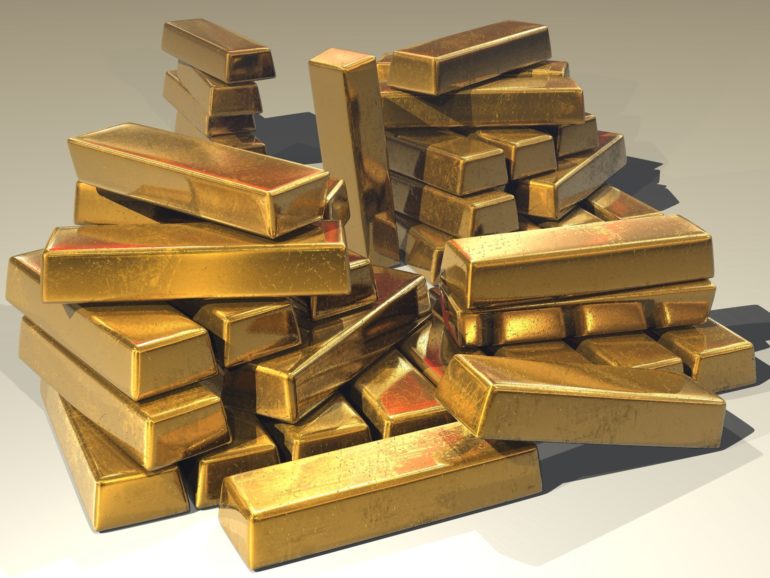 Now that downside volatility has (for the moment) subsided, many market commentators are touting the benefits of one asset class or another. Gold, of course, is a perennially popular recommendation. Some pundits are champions for particular sectors, such as traditional growth leaders: health care, consumer discretionary and technology.

The strength in gold miners is not particularly surprising; it tends to happen when equity markets go into sudden declines. Plenty of writers and TV pundits are happy to encourage a gold trade during times of stock-market volatility. You don’t see as many offering tips about getting out of that trade when the broader market goes back into rally mode.

So is there a better way to weather market storms?

U.S. investors hear a lot about diversification. Sadly, diversification is often portrayed as investing in large domestic stocks from various industries. Throw in some tech, some health care and a few other sectors and voila, you’re diversified, according to this thought process.

Under this scenario, a little Apple AAPL +0.42% (AAPL), mixed with some Johnson & Johnson JNJ -0.75% (JNJ), some Exxon Mobil (XOM), a little Wells Fargo (WFC) and a dollop of Wal-Mart (WMT) should combine into a well diversified portfolio.

Sorry, it doesn’t work that way.

The S&P 500 components represent one asset class: Large domestic equities. Sure, those are the ones we hear about all the time in the news, but they’re not the only game in town.

On the equity side, U.S. stocks represent approximately 50% of worldwide market capitalization. Investors who only own the familiar U.S. names may find themselves on the losing end of global market performance, if other types of assets outpace U.S. equities.

Here’s an example: According to data compiled by Dimensional Fund Advisors, large U.S. stocks returned -9.1% between January 2000 and December 2009. Meanwhile, other asset classes, such as emerging-market stocks, developed-market stocks, bonds and even domestic small caps had positive returns.

True, that performance is several years in the rearview mirror, but the point remains valid. In any given year, it’s impossible to know in advance what asset classes will lead, and which will lag.

For example, in 2015, top-performing world indexes were:

Going into 2015, few people would have correctly picked out those three indexes as would-be leaders, and invested accordingly.

In a similar vein, a myopic focus on large U.S. stocks means a lack of exposure to foreign equities that may pick up the slack when domestic markets slump. Taking some recent years as examples, in 2009, 2010, 2012 and 2015, either an emerging- or developed-market index, or both, outperformed the S&P 500.

In 2015, the global markets with the best returns were:

For the record, U.S. stocks finished 2015 in 47th place, out of 74 markets tracked. By making the typical bet on an all-U.S. portfolio, many American investors gave up better returns from global diversification.

And this brings me full circle, to the idea of jumping into gold, a singular asset class, and viewing it as protection in a volatile market. If you already hold a diversified portfolio, your exposure to gold and mining stocks is baked in. In other words, you really should be holding gold at all times – but not as a trade. It’s the same tenet that applies to international investing: Maintain a diversified portfolio, because you simply can’t know what will out- or underperform, and when.