Puff the Magic Dragon (Sort of) Comes to Wall Street

Is an investment in marijuana stocks a wise move for your portfolio? 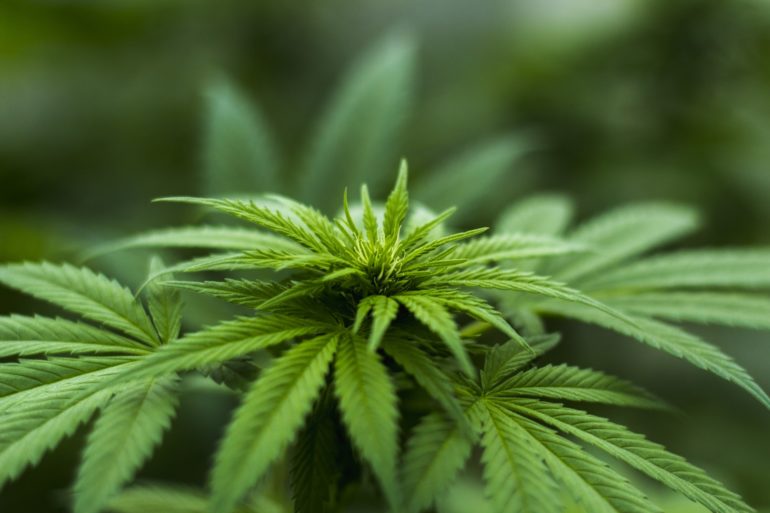 Do Cannabis stocks belong in a sober portfolio?

California decriminalized the use of marijuana for medical purposes in 1996.  It took a few years, but acceptance of the herb for medical use slowly gained traction.  This acceptance was neither widespread nor rapid.  After the California repeal, two years passed before any other states considered such a move. 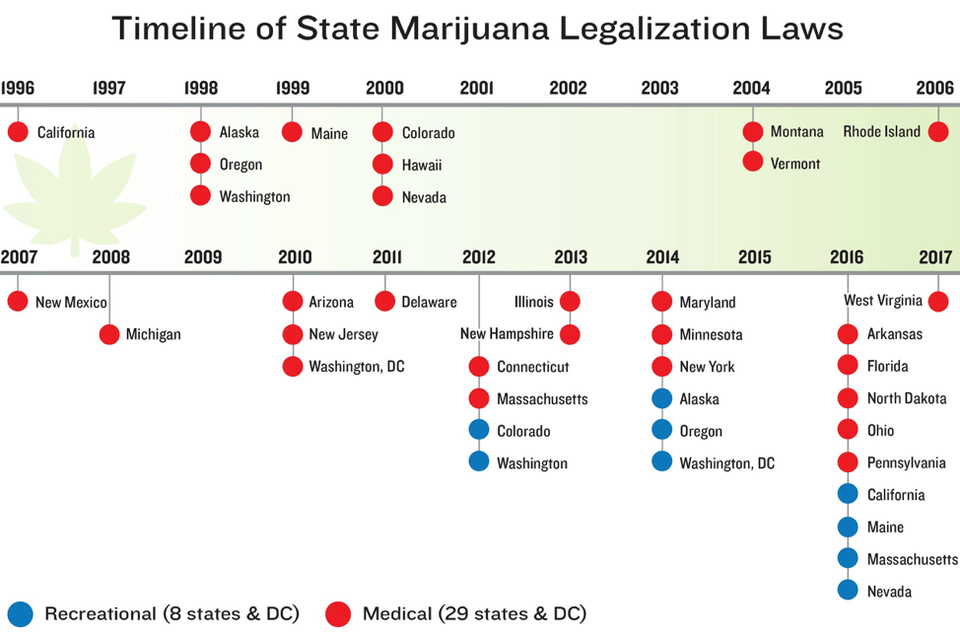 It wasn’t until 2012 – some 16 years later – that a couple of states permitted the stinky weed’s use for recreational purposes.  Since then, only seven other states have legalized pot for casual, non-medical consumption.  Today the number of place where grass is allowed for medical use stands at 29 states and the District of Columbia.  So, what’s the big deal?  Why has this nascent industry gained so much attention, when the legal market for ganga is so limited (not to mention the fact that the federal government still considers reefer a Schedule Inarcotic and totally illegal)?

The odds are good that the proliferation of cannabis stocks isn’t the result of the San Rafael Waldos having a redankuluos lobby.  The more reasonable explanation is that stock promoters know how intoxicating the notion is of getting in on the ground floor of something big.  Cannabis stocks are being pushed every bit as hard as dope ever was when you and I were in high school or college.  The difference now is that partaking in this little pot party could actually leave you with a bad hangover!

A Dime Bag of Penny Stocks

Taylor Conway is an author and lead day-trader at a well-known subscription trading service.  His specialty is trading penny stocks.  According to Conway, trading penny stocks takes place “in a ‘virtual’…market where there is…less transparency and…greater opportunity for manipulation” than there is on more regulated exchanges.

Now don’t get me wrong, I’m not trying to be a bogart who says that grown-ups should only invest in stable large-cap stocks (although that is a pretty sober approach to equity investing).  But, when you review the list of publicly-traded companies that are actually, or claim to be, involved in the marijuana business there is one striking metric that jumps out at you. 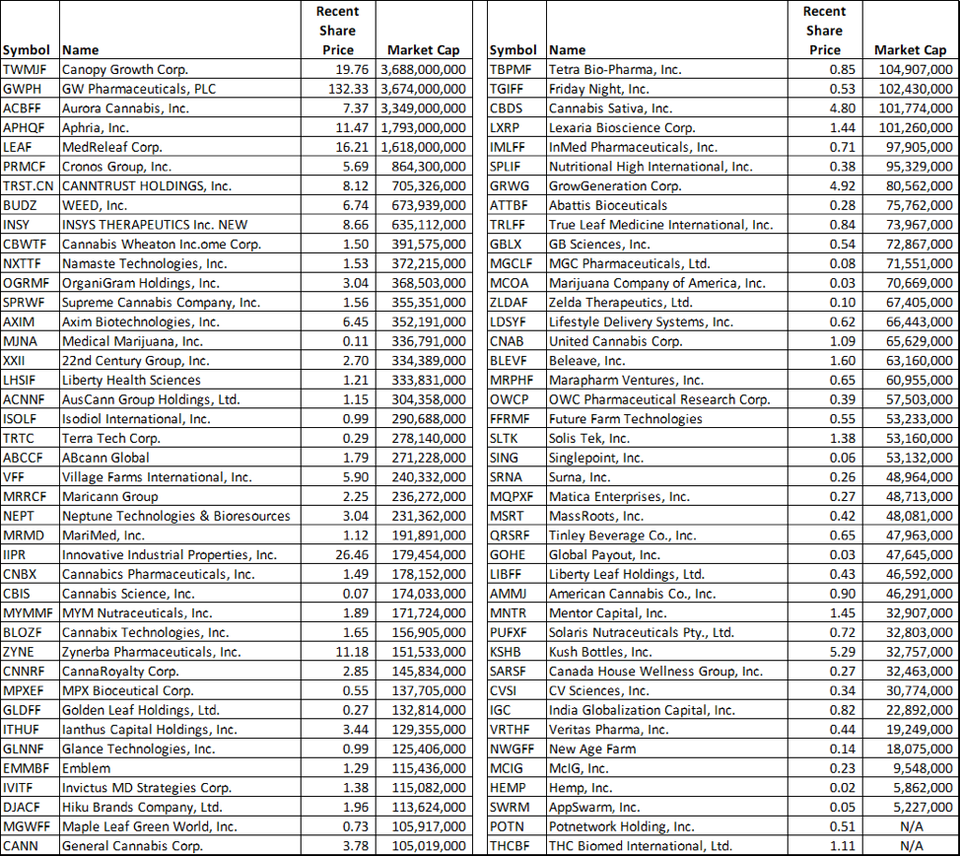 The majority of these little cheebas are penny stocks!  While there are a handful of companies on the list that have reasonable market capitalizations, the median size of these blunts is a scant $105.5 million.  In other words, most pot stocks are micro caps.  And, according to Conway, “the smaller market cap is, the greater the opportunity there is to manipulate price.”

As the chart above illustrates, cannabis stocks outperformed the S&P 500 in 2017.  According to the Marijuana Index, pot stocks blazed some 87% higher during the year as compared to the broader index’s less volatile return of 19.4%.

Fear And Loathing On Wall Street

Many cannabis companies appear to be on a savage journey to the heart of the American dream.  Intent on capitalizing on a fad that seems to be rocketing into the stratosphere in hope that they’ll attract the attention of a big investment bank, move their company’s listing to the “Big Board”, and make enough money to own their own airplane.  Notably, none of them are quite there yet.

There is not one big investment bank on Wall Street following any cannabis company.  According to Zacks Research not even those few companies with market caps of $1 billion or more enjoy research coverage or an investment rating from any major American investment bank or brokerage firm.  Bummer dude.

If all of this wasn’t enough to make the cannabis industry bite its lip, then early January news from Washington, DC, certainly must have been a bad trip.  The Obama-era laissez faire policy of allowing the states to regulate the marijuana trade locally and having federal prosecutors turn a blind eye (and maybe plug their noses) to it came to an abrupt halt when Attorney General Jeff Sessions terminated the rule.  Now, federal prosecutors will now “be able to decide what to do when state rules collide with federal drug law”.  That’s enough to make you want to fire one up!

Ups And Downs And Highs And Lows

As the past few weeks have shown us, there is enough risk in the stock market for investors who have a well thought out, diversified equity portfolio made up of mostly blue-chip companies.  Stocks don’t go up in a straight line.  After a while, the major indexes always recover from corrections.  But, cannabis stocks have come off of their high in a much more profound manner than have the Dow and the S&P 500.  The difference is that the companies that make up the broad market indexes are by-and-large, well-capitalized, and mostly fundamentally sound enterprises.  I don’t know if that can truly be said of some of the 82 companies noted above.

What I know for sure is that I sleep better at night relying on those sober fuddy-duddy blue chips than I might if I was sitting on a stash of weed.