It’s Not Different This Time (And It Never Is)

It’s faddish these days to obsess about all the geopolitical and economic worries that have potential to crash world equity markets. As I write this, the U.S. government is “shut down” (selectively, anyway, to prove political points). The debt ceiling limit deadline is just a few weeks away. Headlines validate your worries: “Why Investors Should Fear… 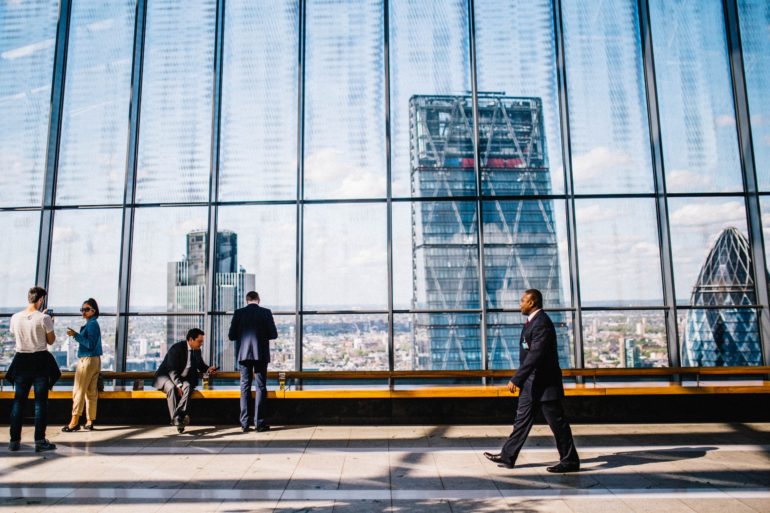 It’s faddish these days to obsess about all the geopolitical and economic worries that have potential to crash world equity markets.

As I write this, the U.S. government is “shut down” (selectively, anyway, to prove political points). The debt ceiling limit deadline is just a few weeks away. Headlines validate your worries: “Why Investors Should Fear October 17.”

I don’t know about the rest of the world, but Americans have a penchant for believing “it’s different this time,” whatever the situation.

That phrase can even have a positive connotation. I finished business school in 1999, the height of the dot-com boom. Companies with no earnings – and in some cases, no revenue – were not only going public, but soaring to lofty levels. Jobs were plentiful, as startups were snagging venture capital and staffing up quickly.

Yes, I recall many conversations about how “it’s different this time.” The whole zeitgeist went something like this.

Of course, it wasn’t. Revenue-less companies began to implode, U.S. equity markets topped in March, 2009, and, of course, 9/11 created a whole new set of uncertainties.

So no, the endless optimism of 1999 did not portend anything different. It was just the end of a bubble.

It’s not different this time, either. U.S. politics have been polarized before, many times. Students of history know that many of the founding fathers couldn’t stand one another. They just didn’t hold press conferences to insult the other guy, and reporters weren’t following them 24/7, ready to hang a parchment on a tree with the latest update on the squabbles.

Believing the end is nigh is nothing new for Americans, although many of the death-knell catalysts of the past 100 years have been forgotten. Here are just a few:

I know plenty of conservatives who have kept their money in cash since 2009, out of fear that Barack Obama would confiscate it all. That’s worked out well, hasn’t it?

Markets operate efficiently. There’s plenty of research to show this. In fact, check out these remarks by Gene Fama, a noted professor at the University of Chicago and consultant to Dimensional Funds.

But when an event like 2008 occurs, it’s not easy to believe things will ever recover. I remember thinking that myself, although I was steeped in an active trading mentality at the time, and was dismissive of the Efficient Markets Hypothesis. My bad.

Also: It’s easier and more fashionable these days to be a worrier and a pessimist. It sounds naïve to suggest that even our inept “leaders” (a little sarcasm there) in Washington can get their act together and come to an agreement on questions like the debt ceiling, or to believe that myriad geopolitical events won’t mean the end of the world as we know it.

But history has proven the naysayers completely wrong. Over time, markets go up. Active fund managers have horrible track records of consistently meeting their stated benchmark, never mind beating them.

So what does that mean in practical, financial-planning terms? It means that you are hurting yourself by letting your worries and opinions get in the way. History is not on your side, if you insist on believing that “it’s different this time.” Ronald Reagan and Franklin Roosevelt both ran up the national debt during their presidencies.

As the old saying goes, history may not repeat, but it sure does rhyme. But if you don’t have any kind of financial plan for yourself or your family, then keeping the money under the mattress while you wait for that “perfect moment” is as good a strategy as any. But good luck timing the market absolutely correctly, and in identifying that perfect moment in time when all the stars align, the world is perfectly at peace, and, as the song said, there’s “more leisure time for artists everywhere.”