Rising inflation has pre-retirees and retirees worried about their financial safety nets. 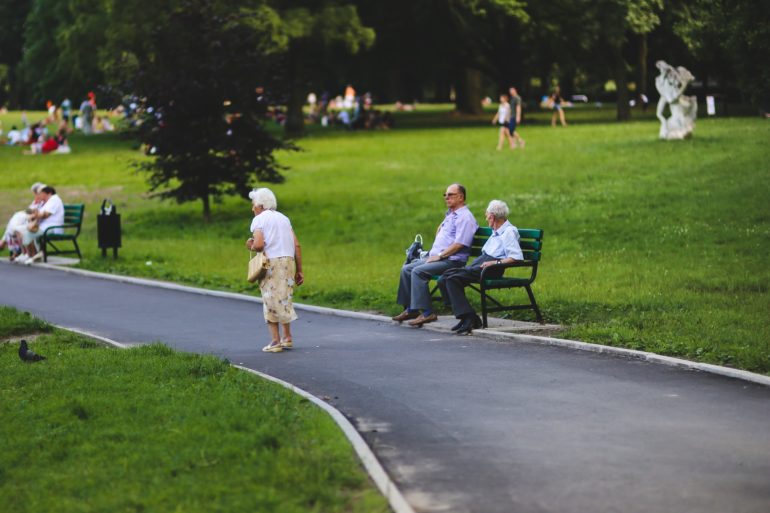 The inflation rate, before seasonal adjustment, was only 2.1 percent in 2017, but that was enough to stir anxiety among consumers. The Society of Actuaries issued its ninth biennial Risks and Process of Retirement Survey and found the level of concern about inflation jumped for both retirees and pre-retirees. It was the top fear for those contemplating retirement and the second biggest worry among those already retired.

Ken Moraif, certified financial planner and host of the radio show Money Matters, says it doesn’t surprise him that people nearing their 60s would be concerned about inflation. “They’ve lived long enough that they saw the hyperinflation of the ’80s,” he says.

While it seems unlikely there will be a return of double-digit inflation rates any time soon, financial experts say people are smart to be thinking about it. However, they shouldn’t let worries about inflation distract them from other concerns, like health and long-term care costs, which may be just as important if not more so.

Inflation is, at its essence, a measure of how prices increase and money’s purchasing power decreases over time. It’s what makes a loaf of bread that cost 50 cents in 1980 sell for $1.28 today. While inflation has always been a factor for financial planning, it has taken on increased significance now that seniors could have a retirement that runs as long as their career.

For the boomers, it is quite, quite different than it was for their parents. Today’s retirees have the potential to live much longer than their predecessors, which means they could contend with the effects of inflation over a period of decades rather than years. People underestimate the effects of longevity.

On the bright side, inflation doesn’t necessarily affect seniors as it does younger generations. Families just starting out may have to buy a home, furnish it and then pay for expenses related to children. “When you’ve retired, you don’t have the diapers and the new house and the furniture,” Moraif says. That means empty nest seniors may have more flexibility in their expenses than new homeowners or parents raising children.

Look Beyond the Inflation Rate

Rather than focusing on the federal government inflation rate, which covers a variety of consumer costs, seniors may want to take a more nuanced view of the issue. For instance, homeowners may welcome inflation in the housing market. “If you own a house, you want inflation,” says Rich Ramassini, a certified financial planner and senior vice president with financial firm PNC Investments. “It increases the value of your house.”

Meanwhile, those who will be moving in retirement may need to spend more time worrying about the current cost of living than the inflation rate. “If they haven’t lived in that community for a while, they may have no idea what sorts of spending [costs] will confront them,” says Patrick Meyer, director of wealth management client services at financial planning firm Unified Trust in Lexington, Kentucky.

Long-term care costs also deserve attention from retirees and pre-retirees alike. The Genworth 2017 Cost of Care Survey found the median cost of long-term care services increased an average of 4.5 percent from 2016 to 2017. That’s nearly three times higher than the 1.7 percent inflation rate from that year.

“I’m not convinced that people understand this in terms of dollars and cents,” Meyer says. When it comes to budgeting for long-term care, a 4.5 percent increase means the semi-private nursing home room that cost $6,844 per month in 2016 was approximately $7,148 per month in 2017, according to the median national prices reported in the Genworth Cost of Care Survey.

Though there is nothing seniors can do to avoid inflation, they can take steps to prepare for it. That starts by understanding what expenses will be likely throughout the whole of retirement. Clearly, your lifestyle at 100 is going to be different than your lifestyle at 65.

Beyond that, “you have to own some assets that will appreciate faster than inflation,” Ramassini says. To do that, retirees need to get used to the idea they may lose money in a down market. “This concern about losing money to market volatility is what compels people to be ultra-conservative with their investments,” he says. While cash and bond funds typically keep money stable during down markets, they rarely beat inflation.

Working with a financial planner or other finance professional can help retirees and pre-retirees invest their money in a way that balances safety with growth. They can also help people determine the ideal time to claim Social Security and maximize benefits in order to further guard against the effects of inflation. People can’t wing it and doing so can result in a retirement fund that runs dry as costs in retirement run high due to inflation.