All Articles/Already Retired/How To Avoid A Big Mistake Most U.S. Investors Make

How To Avoid A Big Mistake Most U.S. Investors Make

The economy is increasingly global, but U.S. investors are dramatically underweighted in non-domestic equities. 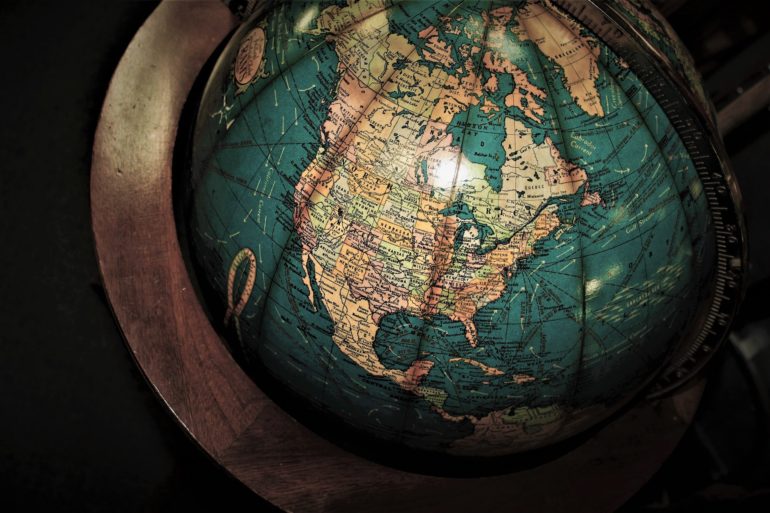 As consumers, we live in an extremely diversified economy. Our phones are assembled in China, our coffee shipped from South America, our luxury goods imported from Europe and our cars made in Japan.

However, when it comes to our investments, we have a heavy bias towards U.S. companies. A recent study from JP Morgan Asset Managementshows U.S. investors only have a 26% allocation in global investments.

Investor allocations are drastically disproportionate to the world economy. As the world’s largest economy, the United States makes up approximately 25% of world gross domestic product. In contrast, European Union, China, and Japan combine to be 43 percent of world productivity. In addition, about 48% of the global equity markets, as measured by market capitalization, are outside of the United States.

Investors are underweighting global investment and also missing out on opportunities that could boost returns and lower portfolio volatility. As we stand today, there are seasonality and valuations catalysts in place for international markets to play catch-up.

Recent market performances have been unkind to diversifying abroad.

However, if we take a step back and look at performances of U.S. stocks versus International stocks since 1975 it is evident that markets tend to move in cycles. Since the bottom of the financial crisis investors have enjoyed a steady run up in equity prices with U.S. markets leading the charge.

Along the way there have been minor road bumps such as the European Debt Crisis in 2011, the Fiscal Cliff Crisis in 2012, and Taper Tantrum in 2013, but in the end, the bull market prevailed. 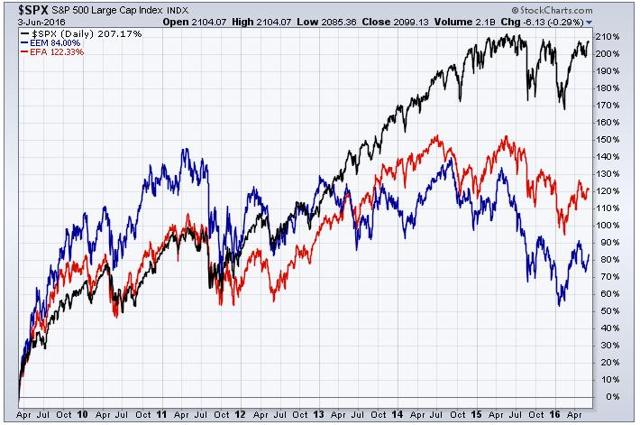 Academic research by Nobel laureate Eugene Fama has shown that undervalued equity markets achieved higher returns in the long run, relative to their overvalued counterparts. Dr. David Kelly, Chief Global Strategist at JP Morgan Asset Management, also stated that long-term equity performance is dictated by valuations and short-term performance is driven by behavioral finance. Depending on the metrics one chooses, or simply on your worldview, news reports will tell you that U.S. stocks are either fully value or overvalued! Take your pick!

In fact, there are much more reasonable valuations abroad. Emerging markets in particular are trading at a 28% discount relative to historical values. 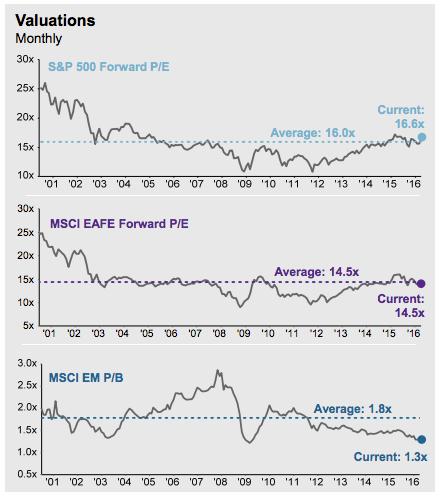 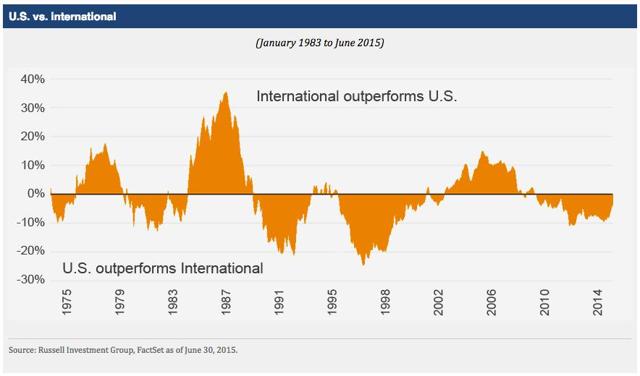 A closer look at country valuations based on Shiller PE Ratio shows just how overvalued U.S. stocks are relative to their peers. As of March 31, the Shiller PE ratio for U.S. stocks is of 24.6, third in the world behind only Ireland and Denmark.

In comparison, the Emerging Market Shiller PE is 13.7 and Developed European market is 14.8. Price-to-book ratio rankings paint a similar picture, with U.S stocks coming in third highest with 2.8. Emerging Markets and Developed European markets are much more attractive at 1.3 and 1.7, respectively. Valuations make a strong argument to increase allocation to international markets, with higher expected returns in the years to come.

In summary, seasonality and valuation catalysts are in place for international markets to rebound. Just in case that’s not enough for you, we’ve analyzed data since 1950 and it shows international investments have the ability to improve risk-adjusted returns.

Compared to investing 100% in U.S. equities, a portfolio of 70% domestic stocks and 30% international stocks not only improves annualized return slightly, but also reduces volatility from 14.4% to 13.1%.

In the last five years diversifying into international stocks has lowered portfolio returns, while mitigating risk. However, given the current valuation levels and extended outperformance of U.S. markets, we believe now is the time to increase exposure internationally.

Disclosure: We have no positions in any stocks mentioned, and no plans to initiate any positions within the next 72 hours.