Keep in mind the difference between short-term and long-term performance. 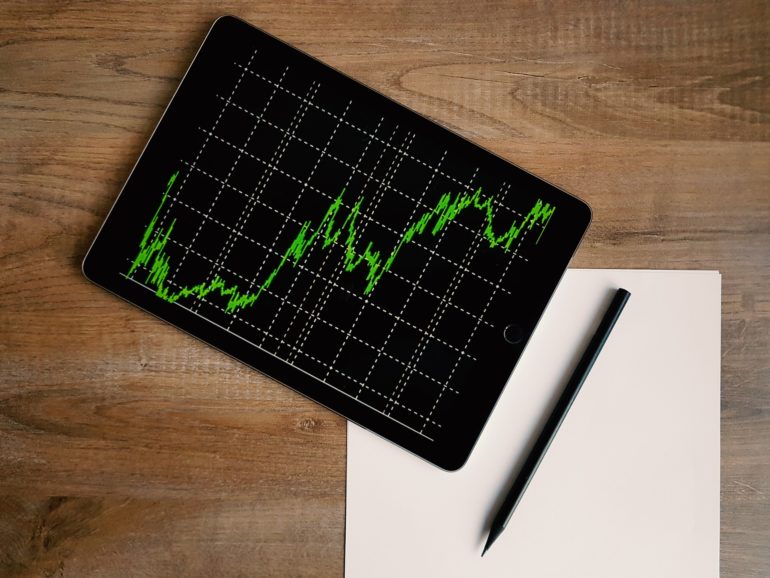 Not that it was exactly unexpected, but the Federal Reserve raised its funds rate by a quarter point last month. In the first meeting headed by new chairman Jerome Powell, the Fed instituted its sixth rate increase since December 2015, when rates hovered near zero.

For investors, rising rates bring the specter of lower returns.

Typically, when investors think about their portfolio returns, they focus on the stock side, rather than bonds. But rising rates affect both the equity and fixed-income markets, albeit in different ways.

Interest-rate movements are essentially the bond market’s way of signaling how investors feel about future their future returns. Despite all the seemingly complex machinations behind rate fluctuations, it can boil down to a simple supply-and-demand equation.

When the investment outlook is good, interest rates tend to move higher to compensate investors who could earn even higher returns in risky assets like stocks. But rates decline when investors have a lower risk appetite and higher demand for conservative and stable cash flow.

The Federal Reserve also plays a key role in setting rates. The central bank targets a short-term interest rate to achieve price stability and full employment, and the bond market tends to follow the Fed’s lead. Since the financial crisis of 2007 through 2009, global central banks have been reducing interest rates and buying assets in the open market to increase the money supply and entice investors to riskier assets, like stocks.

Today, the Fed is in the process of unwinding the massive monetary expansion that began in the wake of the financial crisis. This unwinding process is commonly referred to as “normalization.” It includes the steady increase of short-term interest rates and the gradual reduction of Treasury obligations and mortgage-backed securities that the Federal Reserve has purchased since 2008.

The process of normalization caused rates to rise from all-time low levels across the world. It’s also stirring up concern among equity investors who view higher rates as a threat to the robust returns they’ve enjoyed over the past nine years.

But some Wall Street analysts are urging investors to maintain perspective. In a February note to clients, JP Morgan strategist Dubravko Lakos-Bujas wrote, “While rising long-term rates will ultimately become a negative for profits and multiples, we do not see current levels as a reason to de-risk and sell equities.”

While it’s easy to get whipsawed by day-to-day market movements, it’s important to remember exactly what the equity markets represent: A future discounting mechanism. The most common way to value a stock is to forecast all its future earnings and calculate how much investors are willing to pay to for those earnings.

So let’s pause for a minute to do a little math. Hopefully this won’t be too painful! To make that calculation of what investors are willing to pay for a stock, you’ll need to divide future profits by the current interest rate. Simple math tells us that higher interest rates would make a company’s stock worth less today. Higher interest rates also create tighter lending conditions by making it more expensive for firms to borrow money and grow.

Also, higher rates can strengthen the U.S. dollar by attracting foreign investors who seek higher yields. But – and this is where it gets tricky – a stronger U.S. dollar also negatively affects the profitability of U.S. companies doing business overseas.

If we geek out for a minute on Standard & Poor’s 500 index price-earnings ratios, we see that in practice, markets don’t always react as economic theorists might expect. Looking at data going back to the 1980s, valuations have been at their highest when 10-year Treasury yields stand between 4 and 6 percent.

When rates climbed from a level under 4 percent, valuations have been well supported, but when they rose above 6 percent, valuations tended to fall. The current S&P 500 valuation is not cheap, but history suggests that a gradual rise in rates could lead to even higher valuations. In other words, rising stock prices.

After taking a victory lap to celebrate the possible rise in your portfolio, you might suddenly realize: Perhaps this time will be different.

It’s important to note that we have been here before. In 1946, U.S. interest rates were very low as the 10-year Treasury yield dipped below 2.2 percent. The Federal Reserve, like today, held a massive portfolio of Treasury securities as it helped finance World War II. Rates began to rise in the 1950s as economic growth picked up. The rate rise, fueled by low inflation, was steady, and by the 1960s, the 10-year yield reached 5 percent, while the S&P 500 rallied to the tune of 500 percent.

Fast forward to today: If bullish forecasts for stock valuations are correct, we still can’t expect every sector or every equity asset class to perform well. In any market condition, it’s normal for some asset classes to outperform others.

With higher stocks prices likely on the horizon, which sectors may be leaders, and which laggards? Industries like consumer staples and utilities benefited from the low interest-rate environment, because their dividends are more attractive than bonds.

On the other hand, the financial sector tends to perform better when rates rise. Banks borrow money short term at low rates, then lend it over longer periods at higher rates. This practice leads to higher profits when rate rise and the gap between short-term and long-term rates widens.

However, it’s a dangerous game to attempt market-timing based on any factor, including interest rates.

In a July 2017 white paper, Dimensional Fund Advisors senior researcher Wei Dai wrote, “[The] question is about whether investors can accurately time the premiums, and many other variables besides interest rates, such as valuation ratios and mean reversion, have been tested. The evidence so far indicates that, rather than making investment changes based on these predictions or views and risking the potentially huge opportunity costs of mistiming the premiums, a more reliable way to pursue higher expected returns is to remain focused on the premiums.”

In other words, stick to a well-diversified portfolio that captures the premiums inherent in small-cap stocks, value stocks and companies that are profitable. Academic research has shown those three factors to be good predictors of stock price appreciation.

It’s true that short-term effects of higher interest rates dragged equities lower in the past. However, most investors are better served focusing on the longer term. Here, the data show: Rising interest rates haven’t prevented stocks from posting positive returns over time.

The best way for investors to hedge against rising interest rates is to diversify across sectors and regions. By avoiding overconcentration in one or two U.S. market sectors, while simultaneously allocating to non-U.S. markets, investors can smooth volatility during times of rising rates.