All Articles/Financial Planning/Have an Investing Plan, and Stick to It

Have an Investing Plan, and Stick to It

Market swings can prompt attempts to time the market, but staying the course is best. 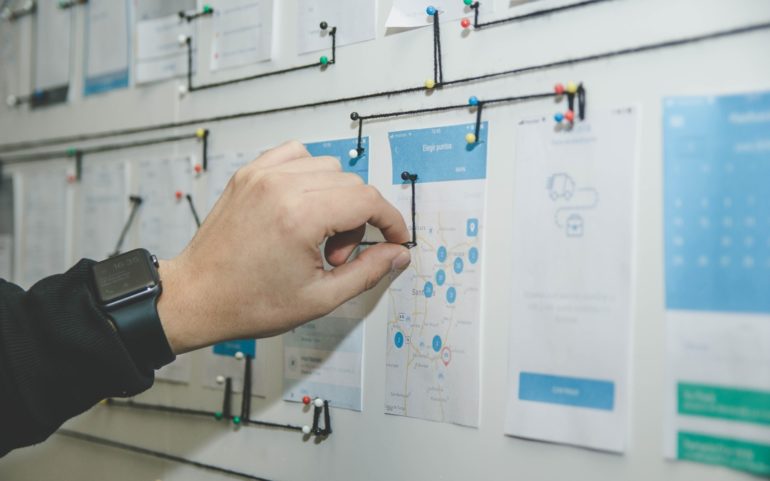 THE IDEA OF BUYING LOW and selling high makes sense, at least before emotions kick in. On paper, it seems pretty straightforward: Purchase an investment and hold it. Over time, history has shown that security prices, on the whole, tend to rise.

But when a bout of downside volatility hits the market, all that patience and logic can easily fall by the wayside.

When Do You Jump?

Instead of calmly waiting for the downturn to morph back into a rally, investors suddenly take on the traits of traders and believe they should take steps to protect themselves. In some ways, the fear is understandable. Today’s pre-retirees vividly recall the 2008 meltdown, which seems fresh in people’s minds, although it’s been more than a decade since the market went back into an uptrend.

Rather than maintaining the stock-and-bond allocation that’s been determined for the best possible retirement outcome, it can be tempting to sell securities and park money in cash until the coast is clear.

It’s that last bit, though, that is the toughest part when trying to time the market. Who’s responsible for issuing the all-clear signal? And how can you be sure whether that person or entity is correct?

Obviously, there’s a bit of jest in that previous paragraph. Although plenty of market pundits are issuing forecasts all day long (many of them contradictory), none are held accountable for incorrect predictions. Also, many of those who make predictions in the media are actually asset managers with a long-term view. They are simply issuing commentary on their views about the short term, with no intention themselves of trading in and out as the wind blows.

Investors may believe that it’s prudent to move money around as market conditions change, or in tandem with somber-sounding economic forecasts. However, the pundits are frequently wrong, and such logical-seeming moves are almost always driven by fear and justified with an argument that sounds rational – mostly to one’s self.

While many investors consider this simply a wise process, shuffling money around in reaction to the news is, by definition, market timing. It’s an attempt to sell before markets decline sharply and buy before the next run-up.

Wait For The Right Time

At that point, fear probably kicked in, and you may have told yourself that it seemed logical to move into cash and wait out the bear market.

Of course, we know now: That bear market never happened. A fresh run-up got under way on Dec. 26. Did the people who sold out on the 24th understand that the 26th marked the day to jump back in? Doubtful.

Likewise, May of this year showed a decline of 6.38% in the S&P 500 index. The market was down four weeks in a row. That may have seemed like a time to bail out; indeed, some writers recommended higher cash allocations or portfolio shuffles. It often feels good to do something – anything – in the face of sharp market downturns. However, those writers don’t generally offer a plan for getting back in when the market turns higher.

Just as occurred in December, the market soon went back into an uptrend. On June 21, the S&P 500 index reached a new all-time high of 2,964 before closing the session lower.

Of course, jumping in to capture gains is another form of market timing, but it’s less common these days than bailing out to preserve capital. That, too, can have dire consequences if an investor puts his or her money into the market at the wrong time, anticipating a run-up when instead, a downturn occurs.

Sadly, much of the publicly available “advice” makes it seem that market timing is simple and easy. Just sell as the market heads south and buy again as it begins a northward journey. In reality, fear, indecision and plain old inattention make successful market timing a difficult proposition. Even professional investors are unable to time their buys and sells correctly the majority of the time, resulting in performance that lags a benchmark index, such as the S&P 500.

Have An Objective Plan

A much better path to the desired retirement outcome is to follow a comprehensive plan based on your risk tolerance, objectives and time horizon. This focus on the long term may feel frustrating at times, but historically, it’s shown to be the favored way to capture broad market returns and minimize trading costs.