Confirmation Bias Can Be Costly

Most of us exhibit some form of confirmation bias, even if we’re not aware of it. Unfortunately, confirmation bias is one of the behaviors that can be costly when it comes to your financial picture. 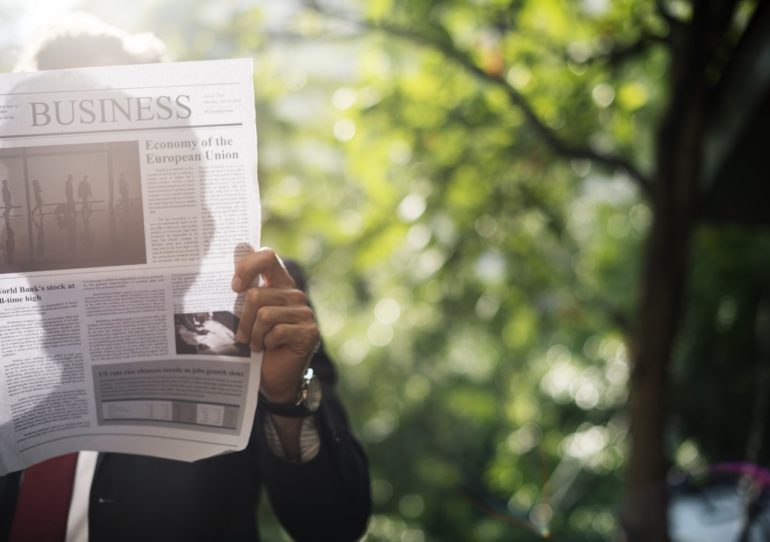 Do you tend to read and watch news sources that support your viewpoint? Do you find yourself agreeing with media pundits who validate an opinion you already hold?

This is especially obvious in today’s political arena, with liberals gravitating to certain blogs, newspapers and TV channels, and conservatives gravitating toward other media outlets.

Maybe you’ve caught yourself nodding in agreement with a particular political pundit who seems to be channeling your own thoughts.

This behavior is a form of what’s called confirmation bias. It happens when you seek out information that validates or confirms an existing belief. Most of us exhibit some form of confirmation bias, even if we’re not aware of it.

Unfortunately, confirmation bias is one of the behaviors that can be costly when it comes to your financial picture.

For example, you might experience confirmation bias when you read an article about a particular stock and believe it’s poised to run higher. You are interested in buying the stock, so you seek out other evidence — probably online articles — to bolster your already optimistic view. You might latch onto all manner of rosy forecasts about the company and its stock, while ignoring more critical analyses.

Until the discipline of behavioral finance emerged in the 1980s, investing was typically viewed as a purely logical endeavor, relegated to the analytic left brain.

Today, we know better: Money is a highly emotional topic. Making a good decision isn’t simply watching a news report and picking a stock or fund that looks like a sure bet to rise. Instead, researchers are finding that we often make financial decisions in emotional and irrational ways, contrary to what we might tell ourselves.

For example, if you log into your brokerage account and hit the “sell” button at the first sign of a market downturn, you’re making a decision based on emotions rather than a century of market data. Plenty of investors lock in losses with this kind of impulsive action, making it all the more difficult to get back to even.

Here are some other behavioral biases with potential to hurt your investment returns.

This occurs when a person treats sources of money differently. For instance, it’s not uncommon to hold a sentimental attachment to an inherited stock or the stock of a company where a parent worked. In these cases, a person has a difficult time letting go of the investment, whereas he or she readily sells off other positions. In certain cases, it might be OK to hold some investments for sentimental reasons, but only if you acknowledge your own behavior. Otherwise, this form of mental accounting might be detrimental to the investment return you need for retirement or other financial goals.

You know those drivers who dart in and out of traffic, nearly causing accidents in their haste to get a two-second jump on everybody else? I see these drivers a lot on St. Francis Drive, where it’s easy to get impatient with the traffic lights, merging vehicles and turn lanes. Many investors exhibit the same kind of behavior, churning their own accounts with the aim of getting some advantage over the market. Maybe it’s the geopolitical situation, the Federal Reserve, an economic report or just some hunch that market direction is about to change. Unfortunately, a growing body of research illustrates the futility of trying to outwit the market. After all, doesn’t that dangerous and impatient driver often end up right next to you, waiting at the same light? Research has shown that the impatient investor generally racks up trading fees and suffers opportunity cost, all in an effort to somehow gain control over his or her return.

When gas prices skyrocket, sales of pickups and sport-utility vehicles tend to decline, while sales of hybrids and smaller cars rise. People tend to believe the trends of the recent past will continue. Investors experience their own version of this when they pile into an asset that’s done well lately, ignoring the historically cyclical nature of markets and asset classes. We’ve all heard the phrase, “Past performance does not guarantee future results.” That truism has become something of a punchline, which is unfortunate, as researchers including Standard & Poor’s routinely show how unlikely it is for an investment manager who picks stocks to consistently and persistently beat a benchmark. In other words, choosing an investment that has done well recently isn’t a scientifically sound way to boost your overall return.

We humans tend to overestimate our own predictive abilities. When that pertains to something fun — like making a prediction for this year’s Stanley Cup winner — it’s not necessarily detrimental (unless you tend to make big bets!). But with your hard-earned retirement money, it’s more productive to be aware of the emotional and behavioral biases that may affect your decisions.