Are You Making Fear-Based Decisions?

Bruce Schneier knows what scares people, and why people make fear-based decisions. He’s a specialist in security technology. I heard about him a few years ago, because of a contest that he sponsors: He challenges people to come up with a cybersecurity movie plot with a fear factor to attract audiences. Fear sells. In an NPR interview from… 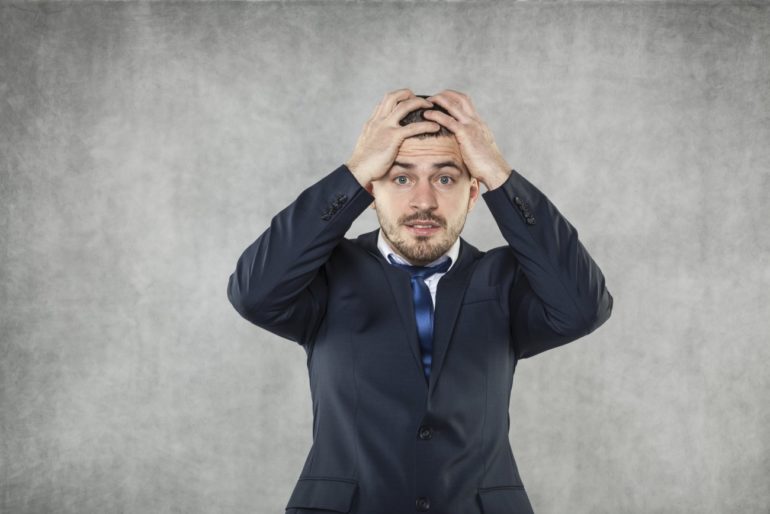 He’s a specialist in security technology. I heard about him a few years ago, because of a contest that he sponsors: He challenges people to come up with a cybersecurity movie plot with a fear factor to attract audiences.

In an NPR interview from a few years ago, Schneier offers some examples of real products created to solve what are essentially nonexistent hazards. A wearable personal air filter. Mobile phone radiation shields.

Examples of this fear-based marketing are everywhere. In “The War of Art,” author Steven Pressfield writes about his stint as an advertising copywriter.

“Our boss used to tell us: Invent a disease. Come up with a disease, he said, and we can sell the cure.

Pressfield goes on to acknowledge that conditions like anxiety and depression can be real. However, we’re so inundated with messages about fear and negativity that it’s difficult to discern what’s real and what’s a marketing scheme.

Think you’re a savvy consumer, and that you’re immune to these advertising scare tactics? Think you’re not making fear-based decisions?

Be aware: The news media uses the same tricks to pull you in. One of my favorite examples these days is the Fiscal Cliff (!!!) scare of late 2012. Remember that? Probably not, because as I write this, in early 2014, that particular panic has been long forgotten, in favor of the debt ceiling, what new Fed chair Janet Yellen will do, and, of course, Obamacare. And with reporters and editors getting back to work in earnest this week after the holidays, there are sure to be some fresh scares created to draw eyeballs to TV screens and Web pages.

For Baby Boomer women, there’s no end to the scares about health conditions, crime statistics, or any other largely made-up news stories. The media knows its audience.

In Bruce Schneier’s NPR interview, he discusses fears being exacerbated in the modern era via technologies like the Internet and 24/7 news cycles, which devour fresh content like my dog cleaning out her food bowl.

“Because of technology and because of the media, things that happen in stories don’t necessarily reflect the world around us. So there might be a movie about a tiger, or a better example would be a shark, and suddenly we’re afraid of them because we’ve heard the stories, but they’re not real stories. They’re made-up stories,” he said.

And even when they stories are true, media hysteria – crafted to attract viewers – distorts the statistical probability that any of us will actually be victims of any given event. For the most part, news stories, whether online, on TV or in print, are chosen because they are interesting and perhaps sensationalistic, not because they have any true “informational” bearing on your life.

Remember the “Summer of the Shark” in 2001? Although there was not really a significant increase in the number of shark attacks that summer, the media hyped them because there weren’t many other big stories in July and August of that year. It was a textbook example of media distortion, emphasizing emotion over statistics.

And people made fear-based decisions because of these hyped reports. People suddenly believed the beaches were completely shark invested.

I’m on a mission to point out media hyperbole, and how it contributes to people’s poor decision making. In my line of work, I see media-driven decisions all the time. In particular, media aimed at Baby Boomer women often exacerbates the knee-jerk reaction of making fear-based decisions.

Does non-stop coverage of the latest Congressional dust-up have you terrified that the U.S. economy will implode? Then the well-coifed anchorman has done his job. He doesn’t care if you make a panic-driven mess out of your investments; he’s been paid just to scare you.

Think about that next time you decide to make changes in your portfolio, based on trending news stories.

Oh – and especially for you, Baby Boomer women: Keep in mind that the media knows very well how to press your panic buttons. Resist! Resist!