The Secretary of the Treasury can mint a platinum coin, then use it to purchase $1 trillion worth of debt from the Fed, thereby retiring that debt, and freeing up space so the debt limit is not breached. It’s basically a swap between two areas of government, the Fed and the Treasury. 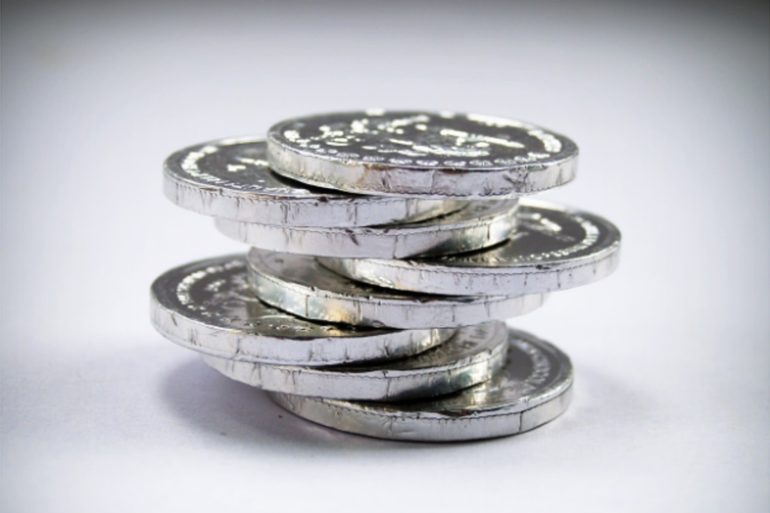 I came across an interesting article on Bloomberg by Joe Weisenthal concerning the idea of “minting” a trillion dollar coin instead of raising the debt limit.

The Secretary of the Treasury can mint a platinum coin, then use it to purchase $1 trillion worth of debt from the Fed, thereby retiring that debt, and freeing up space so the debt limit is not breached. It’s basically a swap between two areas of government, the Fed and the Treasury.

How Exactly Does This Work?

The law states, “The Secretary may mint and issue platinum bullion coins and proof platinum coins in accordance with such specifications, designs, varieties, quantities, denominations, and inscriptions as the Secretary, in the Secretary’s discretion, may prescribe from time to time.”

So the coin needs to specifically be platinum and there are no restrictions placed on the size or amount. It’s a rather elegant solution for a problem that economically and monetarily does not need to exist.

The whole concept of reducing debt and having a debt ceiling is based on a misconception on how a country’s debt impacts it’s economic stability and viability. We think of national debt as the same as household debt but they are not at all similar.

Debt Around The World

Two decades ago, the total government debt was estimated at around $20 trillion. Today, the world debt has exploded to $69.3 trillion making it the highest total in total human history.

This is illustrated by a clever graphic of the debt to GDP levels in nations around the world.

The higher the ratio, the closer to the center of the spiral, with Japan leading the pack. What is interesting is that most of the world’s most stable economies have high debt to GDP levels. 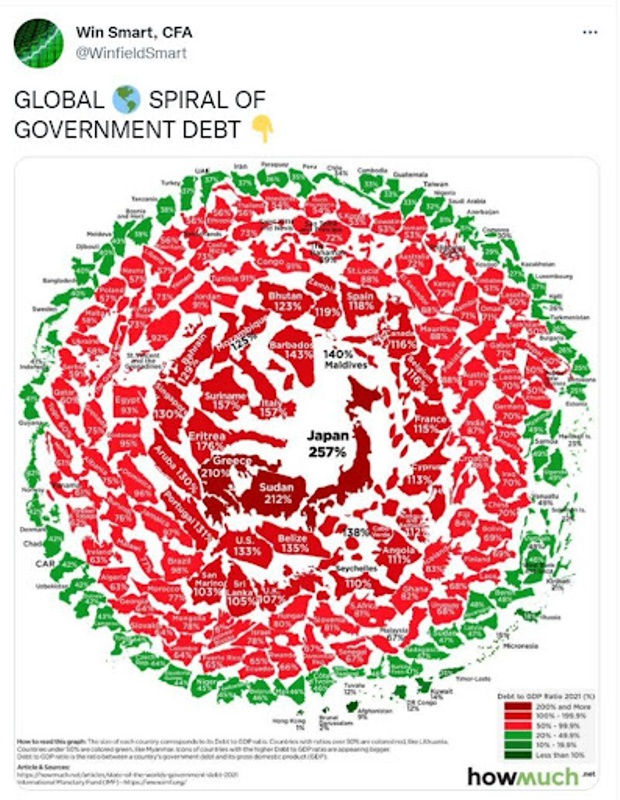 What is really troubling about this issue is that the US could default on US Treasuries, which are considered the world’s safest asset. Currently, the US holds about 31.0% of the Global Debt which could have dangerous impacts on the world scale.

The United States of America is the world’s largest economy, putting the debt to GDP ratio at 104.3%. America is also the most indebted nation in the world, making today a very interesting – and scary – time period to watch.

Let’s hope we solve the problem before we experience the fall out from hitting the debt ceiling. We will do our best to keep you current on the ever changing world economy.