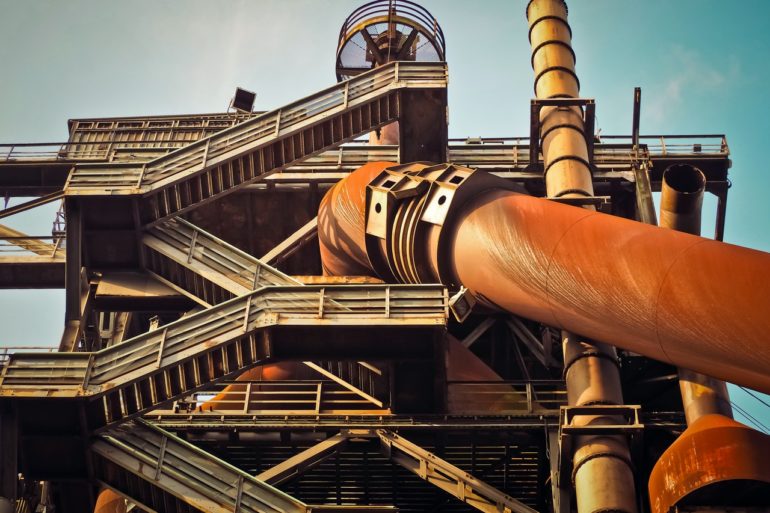 Better Money Decisions: Today, we are speaking with Bob Lang of ExplosiveOptions.net. Bob, you were writing on RealMoney.com this morning about waiting for some volume to confirm a move. Now as we’re speaking here on Tuesday, stocks are trading higher, but are well off the previous intraday highs.

It seems that you’re not really convinced by these one-day rallies. They’ve been just as easily followed by huge declines lately—if there’s more big news out of Europe or China. What are you seeing these days in terms of the overall market?

Bob Lang: You know what I’d like to see is some conviction. And if the market’s going higher, I want to see some conviction on the buy side. And where we generally see that is in good volume and institutional buying that comes to the floor and brings prices up to a certain level.

We’re currently sitting below some significant moving averages, and that is also another signal that I’m looking for. Once we break through some of those moving averages on some decent volume, where we see some accumulation by the institutions—look, let’s face it—institutions are about 80% of the action in the markets these days.

So what I’m looking for is some more institutional participation, where the big banks, hedge funds, mutual funds are participating, putting money to work, and they’re not so afraid or scared of price action to the downside. Then we can see some more price appreciation going up.

Better Money Decisions: Right now, as you’re speaking, a chart of the S&P 500, for example, and is well below its 50-day line, its 20-day line. What kind of moving average support would you be looking for at this point?

Bob Lang: Yeah, those are the sort of moving averages that I’d like to see become support. Now, what you said, we’re below those particular moving averages. By definition, those are now resistance levels, so once we hit those levels and we bounce off of those, and we come back down, it’s become like a ceiling.

If prices cannot get through those levels, we’re going to come right back down and we’re going to sell off. And most likely what’s going to happen is: Rallies such as today are going to be used by players to lighten up, to sell into, and to take money off the table.

Better Money Decisions: Let’s talk about some areas where you might be seeing some strength, at least on the watch list side. That’s something obviously that our listeners are interested in. How can they best be prepared for the next rally that does emerge? What are you looking at right now?

Bob Lang: Right, and what I generally like to see is leadership, and I want to see the leaders that are going to take this market to the next level. If it’s higher, then I want to see those leaders reflect themselves in much better price action and much stronger volume, as prices in the indices tend to rise.

So I’m seeing some of these health-care names, software names. Take a look at Cerner (CERN), take a look at Athena Health (ATHN). These are some of the names that are exhibiting some decent relative strength into a market that’s kind of going sideways to down. And I want to look for the stocks that continue to not just gather strength, but also take in more capital.

Then those two other than I mentioned, Athena, Cerner, are also right near the new highs and already probably poised to break out there as well.

Better Money Decisions: Let’s talk about some names that are doing the opposite. The energy sector is an area that’s been under some selling pressure lately. Talk a little bit about what you’re seeing in that market.

That is a pretty significant drop, and much of these oil services names have been paced along with oil, along with some of the other consolidated names like Exxon Mobil (XOM), Chevron (CVX). Some of these names have been whacked because of the oil because it appears that the margins aren’t going to be there.

There’s a little bit too much oil out there. Perhaps the global economy is slowing down: China demand is low, Europe’s demand is far less than it was maybe a year or so ago. So these are some of the names I’m kind of staying away from.

However, looking to the downside—I’m not necessarily a player on the upside—I’m going to be looking for opportunities to buy some puts and to go short on some of these names as we go forward.

Better Money Decisions: Can you say any names that you’re looking at as potential short candidates at this juncture?

Bob Lang: Some of these names like ConocoPhillips (COP), which just split up their Phillips division just a little less than a month ago. The chart looks really, really lousy.

There are some other names that in the energy space, like Hess (HES) and Petrobras (PBR), which seemed to have been bottomed out earlier. But you know what? The trend is down, and if oil continues to slide below $90 and starts closing under there, these names are going to get hit pretty severely.

Better Money Decisions: Another thing you had mentioned a moment ago was China. There was some news earlier today, speculation about more potential economic stimulus over there. What are you looking at with regard to China? A lot of those stocks have gotten terribly beaten up in the past year or so.

Bob Lang: That’s true. The thing is, this market is looking for anything positive to spin. And if it’s hearing something out of China that could happen in the very near future, I think that the market is looking to spin that any particular way just to get the prices up higher.

But the reality is that, yes, China is probably going to stimulate their economy by cutting rates and that sort of thing. But you have to always wonder: Is there something else behind the curtain there, that is something far more concerning than what they’re telling us?

Maybe perhaps the growth rate that they had predicted earlier in the year—they thought in 2012 growth was going to be about 8.1%, which is fine, and with much lower inflation—but maybe something more severe has happened here that’s causing them to cut rates.

So in a nutshell, you really kind of have to look at that with a grain of salt and say, “OK, that’s not really a reason for me to be buying, but it’s certainly something for me to be standing by and waiting for in case we get some stimulus there.” And that’s going to probably come in the form of buying more commodities, buying more copper. We’re going to see a rise in coals, that sort of thing, going forward.

Better Money Decisions: Why don’t we just wrap up today—as I introduced you, and the name of your Web site is ExplosiveOptions.net—talk a little bit about your options trading strategy these days, Bob.

Bob Lang: Well pretty much what I like to do is: I’m a trend trader, and I look for opportunities where stocks are trading, whether it’s to the downside or whether it’s to the upside. To be able to make money in options, you need to defy what’s called the time decay, and you have that time working against you at all times.

When you’re buying a stock, you don’t really necessarily have to worry about the clock working against you. But for me, I need to not only get the direction right, but I also have to be more concerned with time. And my payoff there is the tremendous amount of leverage that you get by buying options.

But then, if I can buy it with options, I control the 1,000 shares, and I can put significantly less money, just a fraction of that. And if I’m right in terms of direction and time, I can make a much, much higher return on my trades than I would otherwise.

So I use options and a great amount of leverage. I also use it to pull in income, because I’m a net premium seller on certain occasions. When volatility is high, I like to pull in the premiums and take in the cash and let the option work for me.